This week every automotive enthusiast is learning to speak Italian all over again. Courtesy of one Turin-based legendary brand. Hopefully, now that Alfa Romeo’s all-new 2023 Tonale compact crossover SUV is here, we are all going to hear about the brand more often.
32 photos

At least for now, it has been a storm of news. Following a barrage of spied prototypes and teasers, last week it unofficially dropped the camouflage with help from a virtual artist. Then it was time for a leak just hours before its official unveiling.

Once it came around, it quickly became the darling of automotive pixel masters. Some consider its styling to be a new way forward, especially for high-performance versions. Thus, a reinterpretation for a Giulia GTAm update was only natural. Now it is time for CGI experts to refocus on the actual Tonale, though.

After all, rumors continue to swirl up around the recently-introduced CUV. According to the good folks over at Drive, company executives have eagerly hinted new versions might be coming to supplement the current up-to 275 horsepower credentials. Naturally, an EV is among the flaunted possibilities, given that we are already dealing with Alfa’s first-ever PHEV model.

It also comes after a six-year drought of releases, so it is only understandable that people are asking for more. If they want a high-performance Quadrifoglio, the possibility is not out of the question. Unfortunately, nothing is set in stone at this point, so do take everything with a grain of salt. Particularly because company executives reportedly say that no decision has been made regarding the clover-branded feisty variant.

Alas, such trifle matters like CEO approvals will never stop intrepid virtual artists. The pixel master better known as X-Tomi Design on social media has already envisioned the ultimate Alfa Romeo Tonale – a GTA! Probably just wishful thinking, at least at this point. But so cool and enticing, nonetheless. 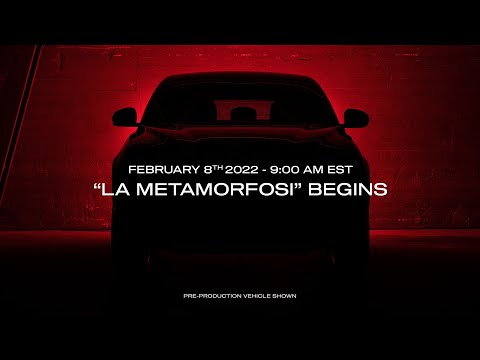