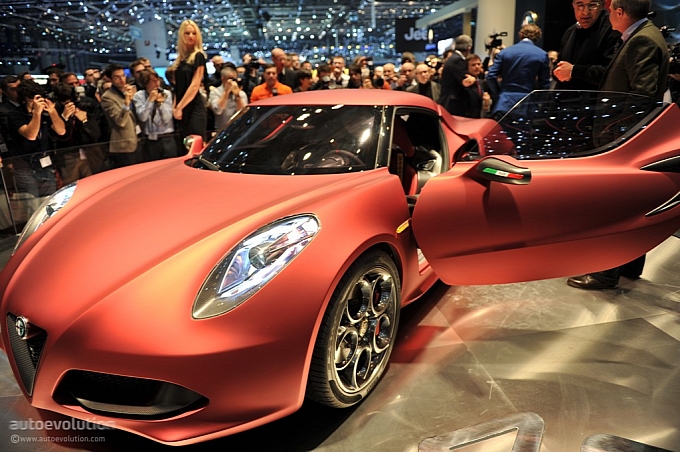 This year’s Mille Miglia event will have a special automotive guest, in the form of the Alfa Romeo 4C concept, which will be displayed on “Piazza della Leggia” in Brescia.

The vehicle, which we’ve met at this year’s Geneva Auto Show, is based on the chassis of the KTM X-Bow and uses the creme de la creme ingredients from Alfa’s current tech developments: the 1750 turbo petrol engine with direct injection (we’ve tested it on the Giulietta and we cant tell you that it’s brilliant), the Alfa TCT twin dry clutch transmission, as well as the Alfa DNA dynamic control selector (let’s just hope that, unlike in the Giulietta, the system, which is brilliant otherwise, will allow you to deactivate the ESP).

In addition to that, the Alfa Romeo Historic Motoring team will also bring three official Museum vehicles to the event, which will be joined by a fleet of six Giuliettas, the company's current star model.

“The Alfa Romeo Historic Motoring team will line up the 6C 1500 Super Sport, the “oldest” model, entrusted to the Moceri-Labate crew and identical to the model which Campari and Ramponi won the great Brescia race in 1928. The second vehicle to be entered in the race is a 6C 1750 Gran Sport from 1930, driven by Salvinelli-De Marco, a model which became legendary through the Mille Miglia. Finally, a 1900 Super Sprint from 1956 completes the official vehicles group: two journalists will drive this coupe with a body of a Touring car, typical of the 1900s,” a company statement reads.