Home > News > Car Profile
Mihnea Radu
I don't know about you guys, but I had a photo of the GTA on my bedroom wall. I couldn't afford one and considered the still powerful 2-liter version of the 147 hatchback until they started rusting and breaking down by the size of the road.
4 photos

After that, Alfa didn't make a hatch that could get your pulse racing, so I and the rest of the world fell out of love with the unique car. Car Throttle has made it its business to re-visit cars we forgot about, like the Lexus SC 430 from about a week ago or the Fiat 20V Coupe.

Like any Alfa, the 147 had some flaws, which were amplified by the 3.2-liter V6 they dropped under the hood. It was terrible - there's no need to sugarcoat it. But the reviewer says modern technology can fix almost everything.

So, that probably wet your appetite for GTA ownership. But you still have to consider all the mechanical flaws. Wouldn't it be awesome if a professional who repairs and upgrades Alfas told you what's what? Well, luckily...

The mechanic says the suspension arms and bushes are really fragile. Oil coolant pipes can burst and is a huge issue. Even a car with a rust-protective undercoat has some spots!

The engine also suffers from problems like blown head gaskets, timing belts, broken electronics. The interior doesn't have many issues... except the seat bolsters, air conditioning and door handles.

Your best chance is buying a well maintained and expensive car, not the dirt-cheap GTA. That's probably going to put you off, but as the owner of this particular car says, there's nothing quite like it. 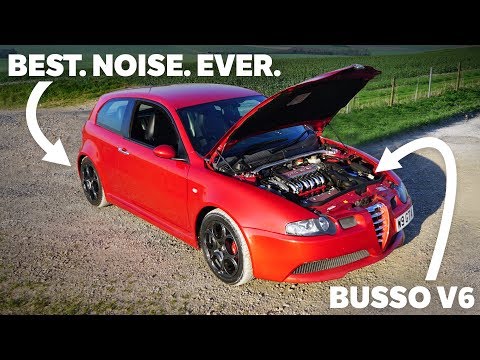