5 David Hockney’s BMW Art Car to Be Displayed at Paris Photo in Los Angeles
Car video reviews:
Up Next

Most people already know about BMW’s Art Car endeavor that wanted to use automobiles as canvas for various artists around the world. The whole thing started back in 1975 when Herve Poulain asked Alexander Calder to use a BMW 3.0CSL as one of his canvases.
1 photo
The sculptor accepted and little did he know that the car he was about to paint would end up starting a phenomenon around the world. Over the years, a total of 17 Art Cars were made in collaboration with BMW, with artists ranging from Jeff Koons to David Hockney and even Andy Warhol.

The original is still highly sought after, and the guys from Goodwood caught it on tape as it revved its engine at the Spring Sprint event in April. Needless to say that the footage ended up on Youtube.

In case you didn’t know, BMW’s Art Cars were not made only to be admired in museums or various art fairs. Oh no, it typical Bavarian fashion, the Motorsport people raced them on proper race tracks, during proper races.

As a matter of fact, the original 3.0CSL made by Alexander Calder had 480 HP and raced in the 24 Hours of Le Mans. That’s right, an endurance race that chipped the paint.

Over the years, unfortunately, the custom changed, and the art cars started being kept in climate controlled rooms and didn’t see any kind of action anymore. Even so, watching a piece of BMW history on tape is something we have to share with you. Not only that but the original 3.0CSL has a beautiful 3,153 cc inline 6-cylinder that makes a sweet sound you shouldn’t miss out on. Check it out! 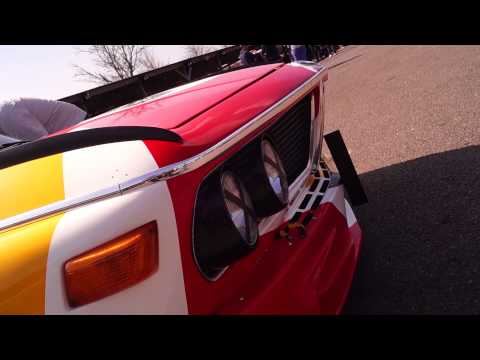