5 This 1996 Ferrari F50 Was Stolen 18 Years Ago, and No One Knows Who the Owner Is
Car video reviews:
Coverstory

Earlier this week, multi-millionaire rapper, business entrepreneur, and builder of the city of tomorrow Akon learned the hard way that you should never leave your car running or with the keys in the ignition when you’re outside it, even for a second.
1 photo
Akon’s Range Rover was stolen on Monday night at a gas station in Atlanta, Georgia, 11 Alive reports in the video at the bottom of the page. He was at the pump when it happened and had left the white SUV running. A thief slid inside and sped off.

That’s what Akon also told the police in one of the 911 calls made public shortly after. He did not say that the car contained several expensive designer items, like Louis Vuitton luggage and a diamond necklace estimated at $25,000. Akon told the operator that he’d been “carjacked,” but she set him straight: if he wasn’t held at gunpoint, he merely had his car stolen.

The good news is police retrieved Akon’s vehicle the next day, with his help. He had a tracker on the Range Rover and knew its location from the start, so it was easy for officers to go down there and take it back. What is yet unknown right now is the condition of the vehicle and whether it still had the expensive stuff inside.

It is the second time this year a celebrity is robbed of their car in the Atlanta area, with thieves taking Ludacris’s ride while he was at the ATM in January. Two such high-profile cases will maybe serve as a lesson for everyone else, or so Atlanta PD hopes: never leave your keys in the ignition or the engine running when you step out of the car, even if it’s only for a couple of seconds.

Turn your car off and lock the doors whenever you need to step outside. You never know who’s watching and waiting for the next opportunity.

Police are still looking for suspects in Akon’s case. 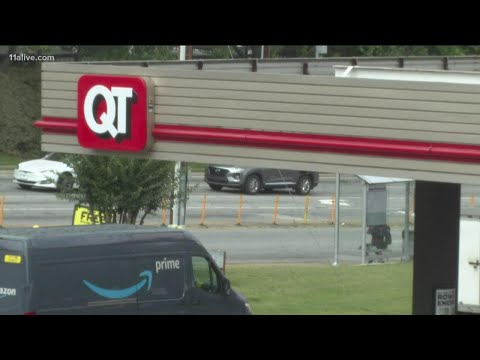