Ever since the California-based electric vehicle manufacturer revealed its most important models will use the Model S, Model 3, Model X, and Model Y names, the Internet went crazy with “S3XY” memes. That got us thinking that every vlogger out there will jump at the chance of setting up a family drag race once all four are publicly available... but we’re still waiting for the barrage of races.
40 photos

It’s been a while since we last featured a drag race involving the quartet, and the latest one we have uncovered comes from... Germany. That’s not so bad, since we get the customary well-thought organization, albeit with a small – probably unforeseen – interruption (check it out at the 2:30 mark).

Given the fact that nextmove is a German YouTube channel, of course the comments are in the native language – but, once more, images speak a thousand words. That, and the fact that we also get information cards for each of the vehicles, while the actual chatter is reduced to a bare minimum.

A few caveats apply to this race, though. Because it was set up on a small airfield, the landing and take-off strip is not very long, so as far as we can tell from the explanatory cards in the video (embedded below), the distance was not the regular quarter mile, but a much shorter 160 meters / 525 feet.

Also, because the Model Y was the newest of the bunch, it’s a U.S.-spec import as opposed to official European versions for the other three EV musketeers.

And the outcome of the race itself is easy to guess, given the fact that Tesla’s more mature Model S and X feature the Raven powertrain. Meanwhile, the Y is also a bit heavier than its Model 3 counterpart. Still, it’s always fun to watch a “S3XY” family feud. 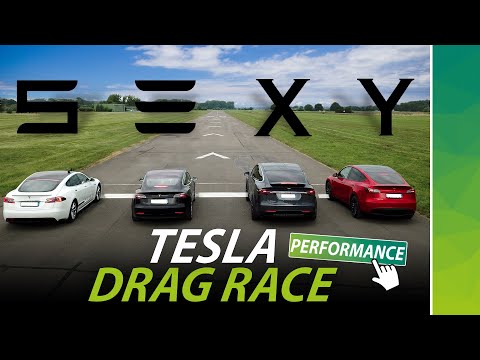