4 Chinese Villager Builds His Own Zeppelin, Proves It Can Fly

5 Weird Nazi Toys: Messerschmitt Me-163 Komet Is a Rocket Interceptor
Car video reviews:
Up Next

What started as a small civil aviation trade show back in 1986 has today become an international show, hosting 1,046 exhibitors from 60 countries. The ongoing biannual Air Show in Dubai is also where Airbus has unveiled its new helicopter model, the H160. Concerning its exterior touch, it makes for the biggest project that Peugeot’s 2012-born Design Lab has done so far.
1 photo
Ferrari used to work with Pininfarina quite a lot, but the Italian design house was never part of the Maranello-based factory. However, some carmakers have their in-house design branch that sooner or later starts approaching non-automotive projects. It’s the case with the French team who created the initial project that later Airbus adapted to a production model.

The H160 - present in Dubai until November 12 - was designed to perform a broad range of duties, including offshore platforms, public-service missions and emergency medical services, as well as private business and aviation. You may be wondering since when the French carmaker is designing aircraft.

Well, Peugeot Design Lab began work on the H160 after winning an in-house style competition, launched by Airbus Helicopters with the aim to get outside influences and create a new benchmark in regards to helicopters design style. Once it chose the French approach, so to speak, the in-house design team at Airbus Helicopters then developed and fine-tuned Peugeot’s initial form to create the aircraft you can observe here.

According to its creator, the styling offers an updated take on the previous generation, the Dauphin, whose iconic nose has been revamped. Performance is achieved through a series of innovations, including an airframe made from composite materials, a biplane stabilizer, a canted tail root, and Blue Edge blades. 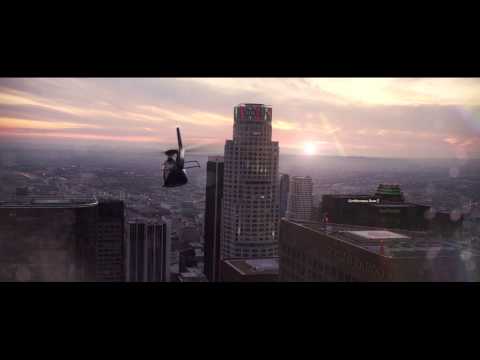