5 World’s First Diesel-Hydrogen Outboard to Be Demonstrated at the Portsmouth Port
Car video reviews:
Up Next

Who will be the first to introduce a hybrid-hydrogen commercial aircraft? Airbus is one of the companies aiming for the “prize,” with its ongoing development of not just one, but three versions of zero-emissions aircraft concepts called the Zeroe. In order to get there, the aviation company is now focusing on developing dedicated hydrogen tanks for its future innovative fleet.
7 photos

Airbus is introducing Zero Emission Development Centers (ZEDCs) in Spain, France, and Germany, which will become fully operational by 2023. That is when the first specifically-designed cryogenic storage tank will begin ground testing.

But it also came with a major disadvantage, and that is the large volume of hydrogen needed to match the energy provided by a much smaller quantity of standard fuel. Almost 3,000 liters (792.5 gallons) of hydrogen would be required to match just one liter (0.26 gallons) of kerosene. This is why pressurized hydrogen was introduced, cutting this volume to six liters (1.5 gallons).

The liquid hydrogen stored in cryogenic tanks helped cut the volume even more. Instead of 3,000 liters of gaseous hydrogen, four liters (1.05 gallons) of liquid hydrogen would be enough to provide the same energy as one liter of kerosene. Cryogenic storage tanks are already being used in several industries, including aerospace, but aviation has its specific requirements.

For example, aircraft tanks need to maintain the hydrogen in a liquid state for a much longer period of time, and they need to comply with harsher safety standards. Unlike spacecraft, a commercial aircraft would conduct 20,000 take-offs and landings, which means huge pressure for the storage tanks.

The new Airbus ZEDCs will bring together multidisciplinary teams to research and develop metallic, as well as composite tanks for hydrogen storage. This will allow the first tests of the three Zeroe aircraft concepts to begin test flights by 2025. 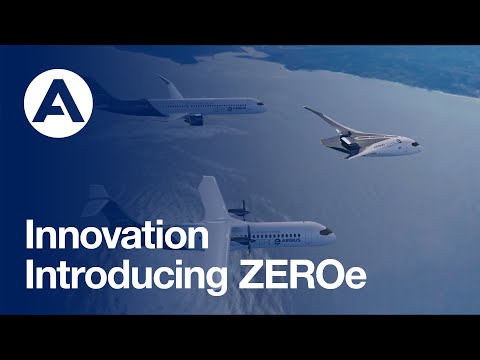