Airborne Racing Is Here as Airspeeder Series Coming in 2020, Preview in Goodwood

Its creators dub it the “biggest evolution of motorsport for generations.” If it succeeds, it probably will be just that. Enter Airspeeder, a brand new racing series dedicated to crewed drones that from 2020 onwards will buzz over our heads in never-before-seen races.
13 photos

Airspeeder is going to be a one-make racing series in which quad- or octocopters by the same name, manufactured by an Australian company called Alauda Racing, will go up against each other. The series is financially backed by money management solutions company Equals and supported logistically by DHL.

The exact kick-off date for the series was not announced, and neither were the exact venues. For now, what is known is that this airborne racing stuff will take place “at a different landmark motorsport venue around the world” each time. Five teams with two pilots each will be competing against each other in the series.

The first show-and-tell display for Airspeeder takes place the following weekend, at the Goodwood Festival of Speed. There, Alauda’s Airspeeder Mk. IV will be on display in both static and dynamic form, racing about in the air at the Goodwood Aerodrome.

After the Goodwood appearance, the series will take to the Mojave Desert in November for manned demonstrations. Then, in 2020, the race is officially on.

The exact format of each race has not yet been announced, apart for a few minor details. It appears Airspeeder will comprise two different competitions, time trial and head-to-head races.

It’s not clear at this point what are the requirements for the pilots that plan to get inside an Mk IV and start racing.

More is likely to be known later this week after Goodwood officially starts. 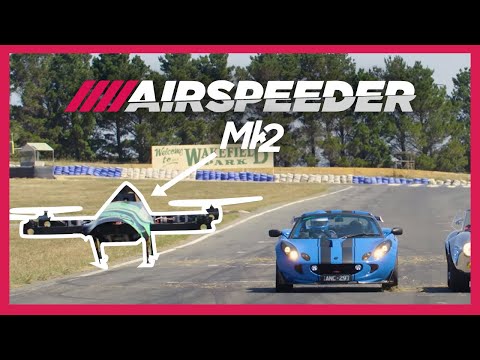