2 Researchers Are Teaching Robots to Share the Sidewalk With Pedestrians

3 Headless, Two-Legged Robot Digit Is Now Ready to Take Over Your Duties

5 Paintball-Gun Shooting Spot Is No Way to Put the Robot Dog to Use
Car video reviews:
Coverstory

It’s been 10 very stressful days for Oxford art dealer and entrepreneur Aidan Meller, who is also the representative and creator of the world’s first ultra-realistic robot artist Ai-Da. Ai-Da was detained on her way to Egypt, where she was to present her own art piece as part of an art show at the Great Pyramid of Giza.
7 photos

Ai-Da has been released, but not before her situation caused somewhat of a mild diplomatic crisis between Egypt and the UK, the Guardian reports. Meller tells the media outlet that customs officials in Egypt feared Ai-Da would be used for espionage because of the camera in her eyes and her built-in modem, and they would not listen to reason – and explanations that she only used those to draw portraits of live subjects.

Ai-Da is widely credited as the first ultra-realistic robot artist in the world, though she’s definitely not the only robot artist. Introduced in 2019, she was created by Meller, with robotics company Engineered Arts. She has drawing intelligence by the University of Oxford and a drawing arm developed by engineers in Leeds. Ai-Da – a “she” with everyone involved in the project – looks at subjects with the camera in her eyes and then draws them with her robotic arm. As the second video at the bottom of the page shows, she can also talk.

Ai-Da was invited to the Egypt exhibit as an artist, since one of her works would be featured in it. According to Meller, upon arrival, she was detained, and customs officials asked that the cameras in her eyes be disabled. Meller pointed out that he couldn’t “gauge out” her eyes because that’s how she made art – plus, she would look weird without them.

“She is an artist robot, let’s be really clear about this,” Meller said. “She is not a spy. People fear robots, I understand that. But the whole situation is ironic, because the goal of Ai-Da was to highlight and warn of the abuse of technological development, and she’s being held because she is technology. Ai-Da would appreciate that irony, I think.”

Ai-Da was released just in time to make an appearance at the art show. Meller pointed out that, for the duration of her unplanned stay with customs, she was disabled so, at the very least, the experience wasn’t traumatic.

All jokes aside, Ai-Da is considered an accomplished artist, especially by robot standards. Her works are influenced by cubism and expressionism, and have been featured in international galleries. 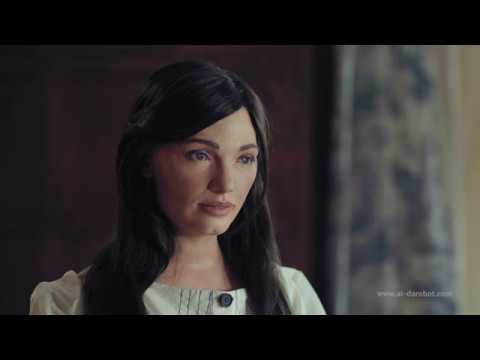 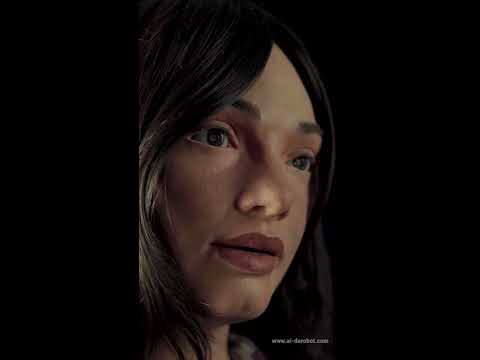