4 Want to See Inside a Spaceship? Virgin Unwraps SpaceShipTwo Interior on July 28

5 Check Out These Amazing Spaceships Inspired By Simple Objects
Car video reviews:
Up Next

1966 Oldsmobile Toronado Doesn’t Have a V8, You Can Plug It In

After a One Year Hiatus, the EVE Online Festival Returns to Iceland

Home > News > Videogames
4 Nov 2021, 22:58 UTC ·
by Cosmin Vasile
CCP has just revealed that the EVE Fanfest has been greenlit. After canceling the previous festival for obvious reasons, the developer behind EVE Online announced that EVE Fanfest will be returning to Iceland in 2022 as the first in-person convention to take place since the EVE Invasion World Tour in 2019.
11 photos

Veterans and newcomers to the space-based MMORPG are invited in Iceland between May 5-8, 2022, at the iconic Laugardalshöll Sport Center, home to classic Fanfests as well as this year’s League of Legends Mid-Season Invitational and Championship.

“Fanfest is finally back in our home country, and we are taking this opportunity to reunite with our community and celebrate EVE Online better than ever before. It has been almost two years since the end of the Invasion World Tour. Meeting in person after all this time will be a completely different and incredible experience,” said Bergur Finnbogason, EVE Online’s Creative Director.

Fans determined to attend the festival can buy Early Bird tickets at a discounted price of $150 until sold out. Afterward, tickets will be available for purchase for $295. As you can imagine, organizing such a huge even during a global health crisis is quite challenging.

However, CCP confirmed that it’s working with local authorities and taking COVID-19 safety measures for EVE Fanfest 2022. In that regard, those who wish to attend the event will have to present proof of vaccination.

What can you expect from EVE Fanfest 2022? CCP revealed the event will host many presentations, roundtables, ceremonies, and a special tournament. Also, EVE Online fans can attend the legendary party at the top of the world or Alliance/Corporation dinners for fleet feasts.

YouTuber Scott Manley, the person who spent more than $30,000 for a rare ship last year, will make an appearance as a guest. Attendees will also be able to meet with virtual friends (and enemies) at Reykjavik’s largest pub crawl and cocktail events. 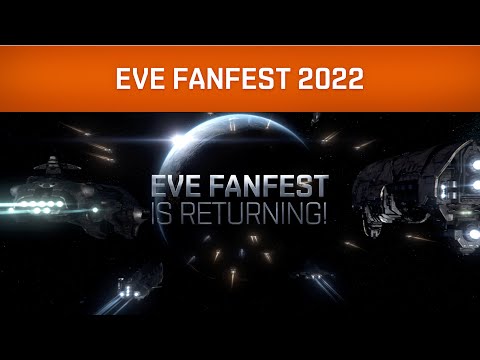