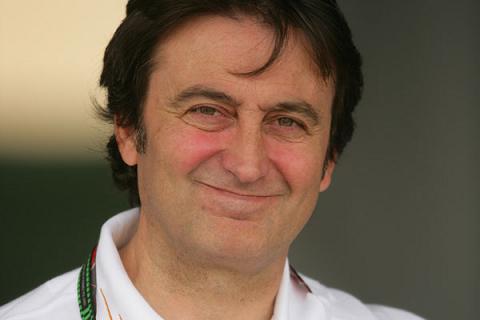 We have recently revealed to you the fact that Campos Grand Prix's name will change into Hispania Racing F1 Team in a couple of days, following the shift in management that occurred in late February. We now have some additional information on the new structure of the Spanish organization, as it appears that former team owner Adrian Campos will not leave the outfit after all.

If we are to believe the latest reports coming from Spain – via El Mundo newspaper – 49-year old Campos will remain at Hispania as new vice-president of the team, despite having sold his share in the team to partner Jose Ramon Carabante.

With the name of the team being changed, it was only a question of time until the former title sponsor Meta Image would leave the boat itself. However, the loss of one sponsor will not influence the financial situation of the newly-designed team, as the same publications revealed a German investment group has already agreed to sponsor Hispania Racing through the 2010 season of Formula One.

Reportedly, this is only the first step towards the Spanish outfit being purchased by German carmaker Volkswagen in 2011.

During a media event that will take place on Thursday, in Murcia, the new team and Dallara chassis will be presented to the media, along with the official drivers for the outfit's maiden campaign in the series. Bruno Senna will most definitely be joined by Indian racer Karun Chandhok in the race driver lineup, while Jose Maria Lopez and Pastor Maldonado will most likely be confirmed as the team's new reserve drivers.

It seems that the Dallara-built car will in fact make its debut on the track prior to the opening Bahrain Grand Prix, on the Imola circuit, during the course of this weekend. The San Marino circuit is not far away from Dallara's headquarters in Parma and will be great location for Hispania Racing to make a preliminary evaluation on their car's capabilities ahead of the Sakhir race.