Home > News > Industry
Gabriel Nica
As more and more German manufacturers keep bringing Pedestrian Protection Systems to the market, such as auto braking, the biggest car club in Germany was bound to test them at one point.
1 photo
ADAC recently took four manufacturers’ cars fitted with such systems for a test to see if they actually work and if they are worth the extra money, as they could get pricy.

The number one model on their list was the Lexus LS600h but the price tag of their system is to be discussed. At EUR8,700, you can’t say anyone can afford it, therefore it’s impact will be slightly lower than expected.

On the other hand, BMW’s system came in third, being ranked as ‘Satisfactory’ with a 3.5 grade. However, as ADAC specialist also pointed out, thanks to the price tag (EUR570) more people will likely get it, therefore its impact on saving pedestrian lives will be bigger.

Either way, the conclusions of the German car club claim that all efforts of all manufacturers will make a difference in the near future, as long as prices will be reasonable (hear that, Lexus?). 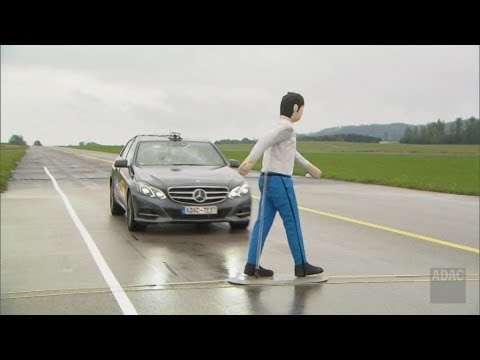