Home > News > Videogames
26 May 2022, 15:50 UTC ·
by Cosmin Vasile
We all knew this is coming, but Ace Combat 7 players probably are as excited as the day they first learned about Bandai Namco’s partnership with the legendary movie Top Gun. And so, the time has come to report that the long-awaited Top Gun: Maverick DLC for Ace Combat 7 is now available for download on all platforms.
7 photos

Granted, this isn’t available for free like Microsoft Flight Simulator’s similar DLC released yesterday, Ace Combat 7 players will find that purchasing Top Gun: Maverick is a small price to pay considering all the new stuff it adds to the game.

It’s worth mentioning that the new DLC has been designed as add-on content for Ace Combat 7: Skies Unknown and brings no less than six aircraft (including originals), along with new emblems, callsigns, and soundtrack.

That being said, if you’re considering the DLC, here are all the six aircraft included in the Top Gun: Maverick add-on, as revealed by developers:


In addition to these aircraft, the DLC adds 10 emblems, 38 skins, 12 nicknames, and two music tracks for multiplayer missions. As far as the price goes, Ace Combat 7 owners can now purchase the Top Gun: Maverick DLC for just $20 / €20.

Last but not least, Bandai Namco announced that in order to celebrate the release of the Top Gun: Maverick DLC and the collaboration with the legendary movie, it has decided to release two new bundles on digital stores: 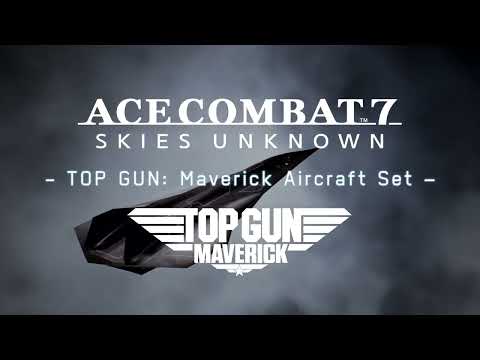