Following the initial mods they did last year in time for the Essen Motor Show, AC Schnitzer have now revealed the full package tailored to the wild new M Performance king, the M850i.
20 photos

Of course, this kit works with the other main 8 Series version, the 840d, but you have to option the M Sport package.The German tuners released a couple of exhaust sound clips for us to sample. With the new quad exhaust pipes, the M850i looks a lot like the upcoming M8 Coupe... better even, thanks to its carbon-capped tips.

The makeover also tailors a unique body kit around the car, giving it that trademark AC Schnitzer look. We'd call it overkill, but the parts can be specified individually.

At the front, we see a massive carbon fiber chin spoiler that makes the M850i lower than most supercars. Make sure to stay away from speed bumps and curbs. The wheels are similarly impractical and prone to scratching but still, grab your attention.

You have the option of the 20-inch AC3 Lightweight Forged Wheels or AC1 BiColor alloys with 285/30 R20 rear tires. Also, the stance and dynamics are affected by the 20mm suspension drop.

This body kit also includes carbon fiber side skirts, a rear diffuser, and the oversized bolt-on trunk wing. As strange as it looks, it's probably not the worst thing here. Just check out those hood accents that appear to be riveted in place. 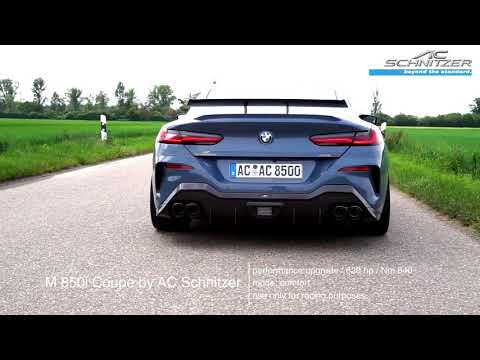 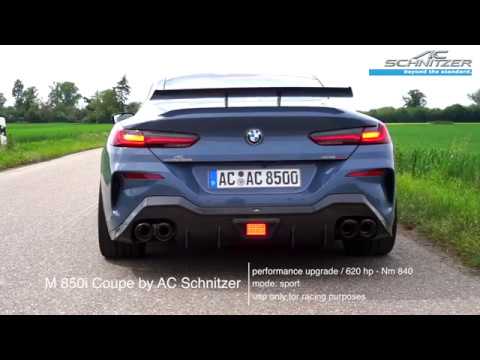