This will probably come as a surprise for most AC/DC fans, but it seems the band's longtime frontman doesn't consider the life spent rocking on big concert stages as the reason for his hearing problems.
1 photo
In a radio interview with Howard Stern, Brian Johnson admitted to bursting his left ear drum after driving a race car and not from playing AC/DC songs in front of his fans at full volume.

“I’ve obviously had some hearing loss,” Johnson told Howard Stern. “I’ve got hearing loss in me left ear. I didn’t get it from music. I got it from sitting in a race car too long without ear plugs. I heard my ear drum burst, because I forgot to put me plugs in under my helmet. That’s how it happened. Music had nothing to do with it,” he continued.

After stopping and taking his racing helmet off, Johnson realized that blood was coming out of his ear and he was experiencing dizziness. When Stern asked him if it’s true he could no longer hear with his left ear, the rock singer said, “Not much. It's just like tinnitus. You forget about it after a week.”

These not exactly new details shed new light on Brian Johnson's current hearing problems, which recently forced AC/DC to postpone the remaining dates of a U.S. tour that had started on February 2. Apparently, doctors told Johnson that he risks total hearing loss if he continues singing on stage.

Like many other rock artists, AC/DC's frontman is a huge fan of cars and until recently he was even the host of a TV series called “Cars that rock.” If his hearing condition deteriorates, though, Johnson may be forced to let go of both of his passions - rock singing and racing cars.

The rest of AC/DC's U.S. concerts for 2016 are said to be played with a “guest vocalist,” but this situation couldn't possibly continue for long. 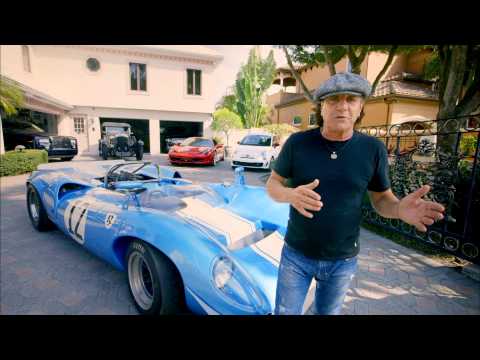