5 This 1,200 HP Shelby Cobra Has a Hardtop, Supercharger Sticking Through the Hood
Up Next

Aurel Niculescu
Originally named Weller Bros., AC Cars is one of the oldest automakers in the business, as it was first incorporated back in 1901 in London, England. Killed off, renamed, and reinstated on countless occasions over the years, the company ultimately endured thanks to just one nameplate: the legendary Cobra.
7 photos

Now it’s ready to celebrate both its 120-year-old legacy and the Cobra at the same time as part of its anniversary festivities. And what better way to kick off the happy events than by introducing a limited edition Cobra? It’s going to be a collector’s item, as just 12 examples will be manufactured as “special anniversary models marking its 120 years in business.”

Even more so, considering that AC Cars also gears up for a major corporate switch going forward. You may recall that the company prepares to embrace the electric revolution with “innovative high performance electric drivetrains which will achieve outstanding results in terms of on the road speed and power yet will be almost silent.”

Before that happens, the AC Cobra can still be had with an ICE powertrain, as well as a special livery (with five variations to make sure there’s plenty of choices) designed to remind the owner of the car’s famous racing pedigree. The 120-years heritage Cobra is also much more than just a pretty paint job, though.

Naturally, each of the 12 cars celebrates one of the decades that passed since AC Cars’ creation, along with some of its most important milestones. According to the company, those include the first-ever 2.0-liter car that surpassed the 100 mph (160 kph) threshold as well as the introduction of the lightweight AC Ace in the 1950s. Of course, that car served as the inspiration for the creation of the iconic Cobra the very next decade.

Back to the anniversary Cobras, we’re happy to report they will do honor to the ICE age because we’re dealing with the Cobra of the superblower variety, as each of the 12 examples is fitted with a 580-horsepower supercharged V8 engine. AC Cars touts them as “possibly the quickest production” cars it has ever built, and they’re already available for the exact asking price of £129,500 ($179,345 at the current exchange rate). 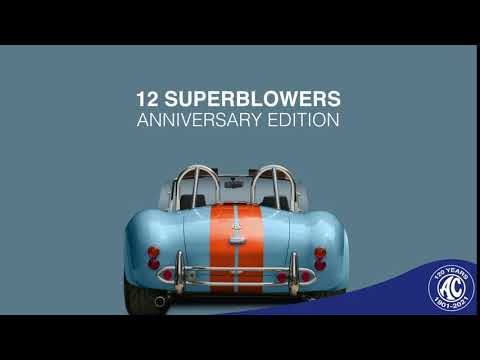