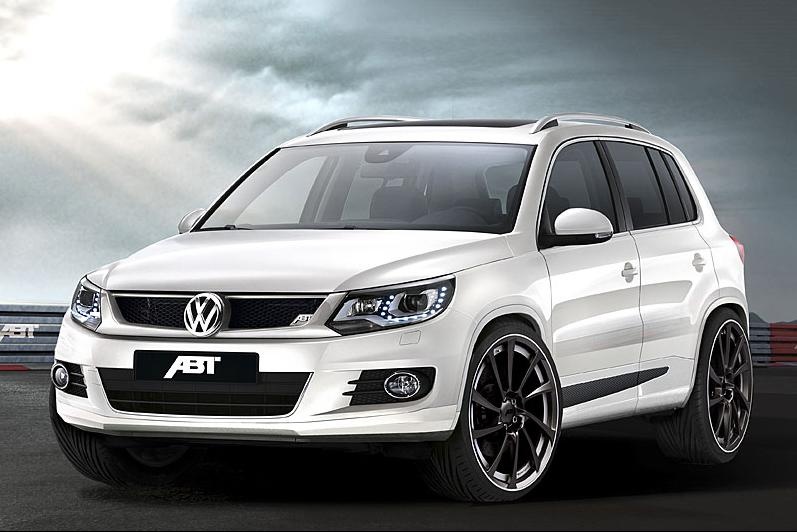 Considering that the Tiguan has been on the market since 2007, it was about time the German automotive producer offered it a new identity. And so it did, with the introduction of the Volkswagen Tiguan facelift model earlier this year. But some thought this wasn’t enough and decided to give a facelift... to the facelift.

So is the case with the German tuners at ABT, who have came up with a custom package that targets both appearance and performance of the German SUV.

In addition, the car has also been fitted with a set of light alloy wheels, which can range from 18 to 20 inch and new suspension springs which help maximize stability at high speeds.

Performance wise, ABT has increased the output on all the engines available for the Volkswagen Tiguan facelift. The 2.0-litre TDI engine which develops either 140 HP or 170 HP as standard has been increased to 170 HP and 195 HP respectively, while the 2.0-litre TSI petrol plant, which also comes in two power stages as standard (180 HP and 210 HP) has been boosted to 210 HP and 250 HP respectively.