2 The Toyota Camry Wagon Is Finally Here, Albeit as a CGI

3 Toyota Four-Cylinder Engine Teardown Reveals Why It Failed, It Is Easy To Guess

5 Meet Five of the Most Reliable Toyota Models of All Time
Car video reviews:
Coverstory

Abandoned Toyota Camry Gets First Wash in 20 Years, a Detailing to Go Along

Usually, barn finds includes extremely old vehicles, or rare models, which have been forgotten somehow in a garage or even a barn somewhere. Sometimes, though, that vehicle is a mass-market one, made by a volume manufacturer, but that does not spoil the joy of discovery.
6 photos

In some cases, these vehicles are interesting now because they have become rare since nobody has bothered preserving ordinary vehicles. The second-generation Toyota Camry, seen here in station wagon form, was the first of its kind back when it was introduced. We are writing about the first Camry Wagon, not the first wagon ever, though.

As you can imagine, most of them were used by families and were then sold. The cycle continued until they were no longer roadworthy. A few examples were somehow not used for their intended purpose, which is to be used as transportation.

This example has been sitting in a garage for more than two decades, and it is close to being a time capsule. While it was not an exceptionally preserved example, as it was used by one or multiple families in its day, it was not left entirely to the elements.

With that in mind, the folks over at WD Detailing did this detailing for free, and they even bought a trailer so that they can move vehicles that are not running to their workshop and get them cleaned up. In the video below, you can watch them get the job done and make the Camry Wagon look like a bit of a time capsule.

We would not be surprised to see this vehicle, later on, on Bring A Trailer or another auction platform later this year, once the owner has its fluids, battery, belts, and tires changed for good measure and to provide a minimum level of safety and reliability. From there, they might fall in love with the car and take it to Radwood, or they might decide to pass it on to someone who would love it.

While this may not be the most attractive vehicle known to humanity, it does have a certain late 80s style to it, and its simplicity and function over form design might get the attention of a few potential customers.

All the owners need to do is get the price just right for this vehicle, which may be too uncommon to find another like it, but too common enough in its day to be rare and extremely valuable today. Because of that reason, an auction website should be the way to go instead of just listing it on the Facebook marketplace. 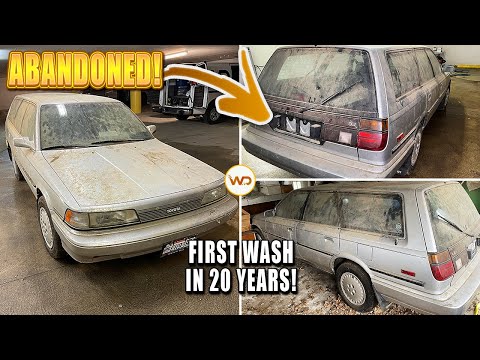