2 Skoda to Showcase Fabia RS+ and Octavia RS+ at Worthersee
Car video reviews:
Up Next 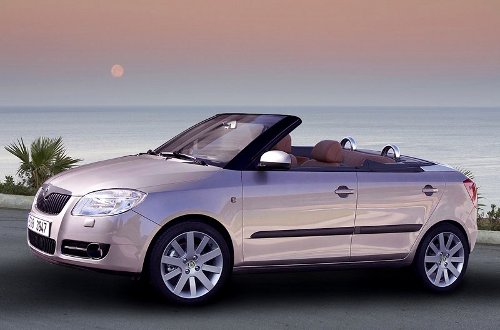 Back in 2004, speculations of an open-top Fabia surfaced onto the web, with the model rumored to share the same platform as the fifth generation Volkswagen Polo. The Fabia-based Skoda cabrio, however, never made it into production. Today, the Dutch press is teasing us again with the subject.

According to De Telegraaf, the cabriolet is said to make use of the same technology as the Audi A1 cabrio and, if this time becomes a reality, it will have a soft-top. Needless to say, a topless Fabia would sure look as sexy as it sounds, but we have to keep our feet on the ground and refrain ourselves from making any hopes.

Some say that a cabriolet version of a Skoda Fabia could be a serious threat to the Renault Wind, Peugeot 207 CC or Nissan Micra CC models, but will not have that much market success outside of Europe.

If and when the Skoda Fabia Cabriolet launches, it will likely come with the same engine line-up as the hard-top version. This means it could keep the 1.2 TDI CR diesel engine with 75 bhp or the 180 bhp 1.4 TSI turbocharged engine in the form of a Skoda Fabia vRS Cabriolet.

However, as much as we’d like to think this model will make it into production, the Skoda Fabia Cabriolet is just speculation. Anyway, rest assured that we will keep you posted with any info that further surfaces regarding this subject.

Should we dare put it again on our wish list or will Volkswagen again drop the idea to avoid overlapping the parent company’s range?