A Very Affordable Toyota Takes On a Limping Rolls-Royce, Both Get Slammed by a Maybach

Home > News > Auto Motorsport
Razvan Calin
A very affordable Toyota takes on a limping Rolls-Royce, and both get slammed by a Maybach. What’s the best over 15-year-old V12 getaway car? There are many fast options, but if one were to make a quick exit while not giving up on luxury, then the choices are limited. And, surprisingly, not as expensive as we might be inclined to assume. Enter Japan and Germany (why is there always a battle between these two countries when it comes down to “the best car in the world” business?)
8 photos

A drag race is a perfect yardstick to settle this original debate of what car could provide refined opulence at high speeds. I mentioned Japan and Germany, and I know Rolls-Royce is very much a British brand, but it is German-owned. At first glance, there is no match between the three since the Japanese idea of ultimate luxury from 18 years ago was not much fond of engine power and performance. Check the second video for an in-depth look at the Toyota Century (the same one that raced the Germans).

A 2004 Toyota Century, a 2005 Rolls-Royce Phantom, and the 2007 Maybach 57S race for the title of the aging-but-still-quick luxury automobile. Back in their day, the competitors were the best money could buy in terms of refinement, elegance, and style. Now, with Toyota yielding a lot less power than its Western counterparts, the race is as good as lost for the no 1 carmaker in the world (by volume). The 5.0 liter naturally aspirated V12 outputs a declared value of just 276 HP (280 PS).

Massively underpowered when pitted against the 453 HP of the six-and-three-quarters-of-a-liter also naturally aspirated V12 in the Rolls-Royce. And both are infinitesimal compared to the monstrous 604 HP of the Twin Turbo 6.0 L Maybach. As far as torque is concerned, things are just as out-of-balance for the Japanese: 340 lb-ft (461Nm) for the Century, 531 lb-ft (720 Nm) for the Rolls, and a truck-like 738 lb-ft (1001 Nm) in the twin-turbocharged Maybach.

Pricewise, however, it’s very debatable whether the 2022 $22,000 price tag of the Century (PUN not intended) makes it luxury or not anymore, since the Rolls is $100k above that, and the Maybach is currently available for $75K. Nevertheless, it is the ultimate in what Japan had to offer at the time. But much to anyone’s Toyota-demise-prophesizing outcome of the drag race, the car performed rather well. Watch the video below to see how the discrete Toyota steals a win from the German corporate alliance (due to a very big German reliability myth-blowing issue). 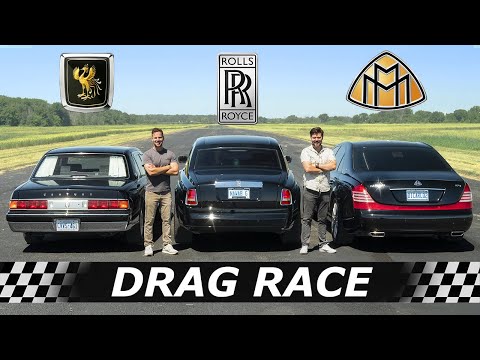 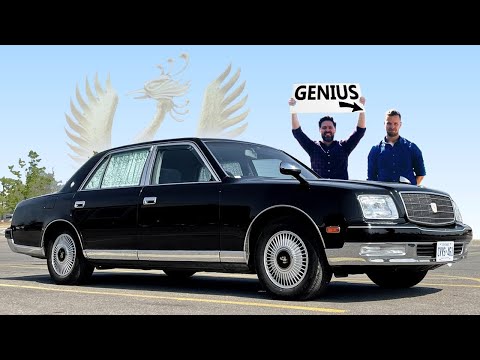