As a car lover, what would qualify as the “perfect” day for you? Whatever the answer taking shape in your brain right now, most likely it involves four wheels and an engine.

A Regular Day for “The Richest Kid in America” Includes a Surprise, Custom McLaren Wrap

On a related note, if you ever wondered what a regular day in the life of the richest kid in America must be like, we now have the answer. Here is The DonLad, who is only 15 years old, a self-made millionaire, a budding car collector, and without a doubt, a teenager’s influencer role-model and inspiration.

Technically, Donald Dougher (The DonLad’s real name) is not the richest kid in America, but that’s the brand image he made for himself when he started on YouTube a few years ago. He is the self-titled “richest kid in America,” with an estimated net worth of well over $1.2 million, a growing fanbase, and the possibility to deliver the kind of content that sends chills down car enthusiasts’ spines.

The DonLad also happens to be the focus of a new story by Truly, called Bling Life, which aims to show snippets in the life of America’s richest kids – the self-made kind, not those who inherited the fortunes and connections of their parents. You can see it in full below, with The DonLad getting the first segment in the video.

The thing about Dougher that got him international media attention before is that he already owns a very impressive collection of cars, even though he’s just recently gotten his driver’s permit. He started out with golf karts when he was 6 and progressed to real cars by the time he was 12 – on private land, of course. It’s only last June that he bought his first car, an Audi Q5, which he can only drive under adult supervision until he’s of age for his license.

Online, though, you can’t tell the difference between what’s real and what’s not. He’s often posing next to expensive supercars (and the occasional one-off) and is posting short videos of himself driving some of them. Scroll through his IG, and you’ll see a gray-then-purple McLaren 570S, a purple, absolutely gorgeous Pagani Huayra Roadster, a Bugatti Chiron, a Porsche Macan, a Rolls-Royce Cullinan, and at least a handful of Ferraris. Even for the most blasé auto enthusiast, this looks like heaven.

This brings us back to the video interview below. It aims to show a regular day in The DonLad’s life, one in which he gets to show off his collection of designer shoes, designer diamond jewelry, and his new house, and in which he carried out a plan to surprise his mom with a custom wrap job. Except for the Audi Q5, he doesn’t own any other cars because they’re in his mother’s name – which is hardly surprising, given his age. But he bought all of them, including the 2019 McLaren, which he decided needed a glow-up.

Because he was 14 at the time (the video was shot 9 months ago, before he turned 15, but was released now), The DonLad needed help with getting the McLaren to Wrap Planet, where he gave the team exactly 24 hours to wrap it in custom purple.

Exact figures are thrown around, and it’s not by accident: the car cost $230,000 and was bought new in 2019, and the wrap job alone is $10,000. Drama is being played up: mom says he and his sister can take the car “quickly, before I change my mind,” but not before she doles out words of caution about testing it out on the road because it’s a “dangerous” machine. Mom pretends she has no idea where the car went and has zero desire to find out, so she can then pretend to act surprised when she sees it with its new color, which also happens to be her favorite.

Since this video was filmed, The DonLad has been able to drive the McLaren himself, and, of course, it did become content for his social media. To answer one of the questions this story started with, a “regular” day in the life of a millionaire teenager does, indeed, involve a plan for a surprise, custom $10,000 McLaren wrap, with a strict deadline and some scripted drama to turn the whole thing into monetized content. But above all, it involves non-stop hustling or, as this influencer says, “there isn’t a single hour in the day when I’m not working.” 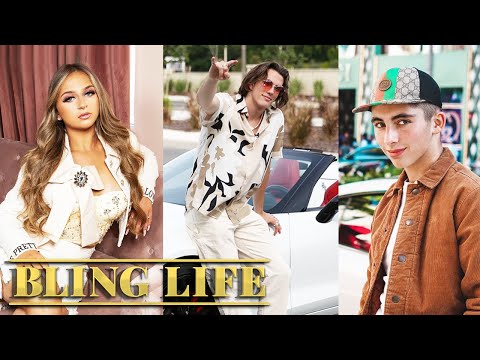 Editor's note: Photos in the gallery also show some of the cars The DonLad posed with, though not necessarily owns.