1 LAPD Is Offering a Reward for Identifying the Flying Tesla Driver, an Expert Wants to Help

3 Round Steering Wheel Option Is Coming to Tesla Model S and Model X, Not Everyone Impressed

Cristian Agatie
A flying Tesla video that went viral over the weekend started a chain of events that should make it a textbook for social media deceit and police incompetence. Five days later, the LAPD is still struggling to find out what happened, even though this should’ve been a simple case of hit and run.
7 photos

After the accident that had a Tesla flying high into the air and crashing into other cars on a street in Los Angeles, the LAPD scrambled to find the person behind the wheel. The things appeared to be clear, as the car was a rental and the person who rented it should have been easy to find. Even more, Alex Choi, who uploaded the video of the incident on his YouTube channel, has said he spoke with the flying driver before his crazy attempt.

Right after that, the social media influencer Dominykas “Durte Dom” Zeglaitis took credit for the stunt, sharing videos on TikTok with the captions “I just crashed my new Tesla” and “LAPD didn’t like my stunt.” According to the LAPD Central Traffic Division, 90% of the tips it received after offering a $1,000 reward indicated Zeglaitis as the person responsible for the failed stunt. Initial reports also showed that Zeglaitis was the one who rented the Tesla from Enterprise.

Nevertheless, things took a strange turn two days later as the influencer denied involvement and said he just wanted to prove that “the media cannot be trusted.” In a new video linked below, he explained that he just edited himself in the original video, easy job since he also owns a Tesla. “You can’t believe everything you see on the Internet. The media likes to capitalize on the downfall of public figures and if they don’t have a story to attack, they will create one,” Zeglaitis said. This is strange considering the story he created.

Right now, the Police don’t seem to make progress on the case, and Alex Choi has also altered his statement. After initially declaring he was approached by the Tesla driver before his flying car stunt, Choi now claims he was not warned about his intentions and he does not know who the driver was. We’ll keep an eye on this story as we’re just as curious as you are about the outcome. 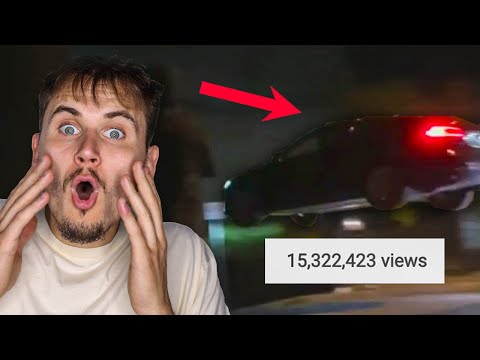