1 There Is No War

It looks like we've reached the final part of the How to Brake guide. Episode 1 brought forward generic notions about weight-shifting, grip and how the brakes themselves behave when used, while the second part of the guide went through a few essential matters, such as the need to keep good contact between the rubber and the road, or locking the brakes. This end episode will deal with hard braking, braking during corners and some closing considerations.
It's better not to have to brake in a corner...

It's fairly common to enter a turn with a speed greater than the most appropriate one needed for safely making it around the corner. Such situations are to be avoided as much as possible, unless you're racing pilot on the track or an experienced supermoto rider.

Most motorcycle accidents happen because of the human error factor, with rather little concern about whose fault it is. While accidents – and in this case we're referring to vehicles colliding – involve at least one of the machine operators' error, a lot of crashes – most with fairly mild consequences as far as damage is concerned – occur because of riders' errors.

Despite some of you frowning, it's a reality almost impossible to deny: failing to ride at appropriate speed causes a lot of crashes. It doesn't have to be 130 mph (roughly 210 kph); a bike rider can easily meet many nasty situations at much lower speeds, and sometimes, those few mphs above what was needed can make the difference between a good ride and a bad one.

In corners, crashes can also happen because the bike lacks enough speed to remain on track, and the rider lowsides; nevertheless, lowside vs. highside is another matter and we'll be discussing it in a dedicated column further on.

The biggest problem though, is entering a turn way too fast. The risks are quite obvious: one would either understeer and exit the road (or in a lucky situation – a very wide exit), or try to reduce speed so that the bike remains on the asphalt.

As braking too hard with the front wheel is both a serious hazard and a very likely scenario when a newbie realizes that he/ she has misjudged a corner, you probably figure out how important is that the braking should be finished before entering the turn. 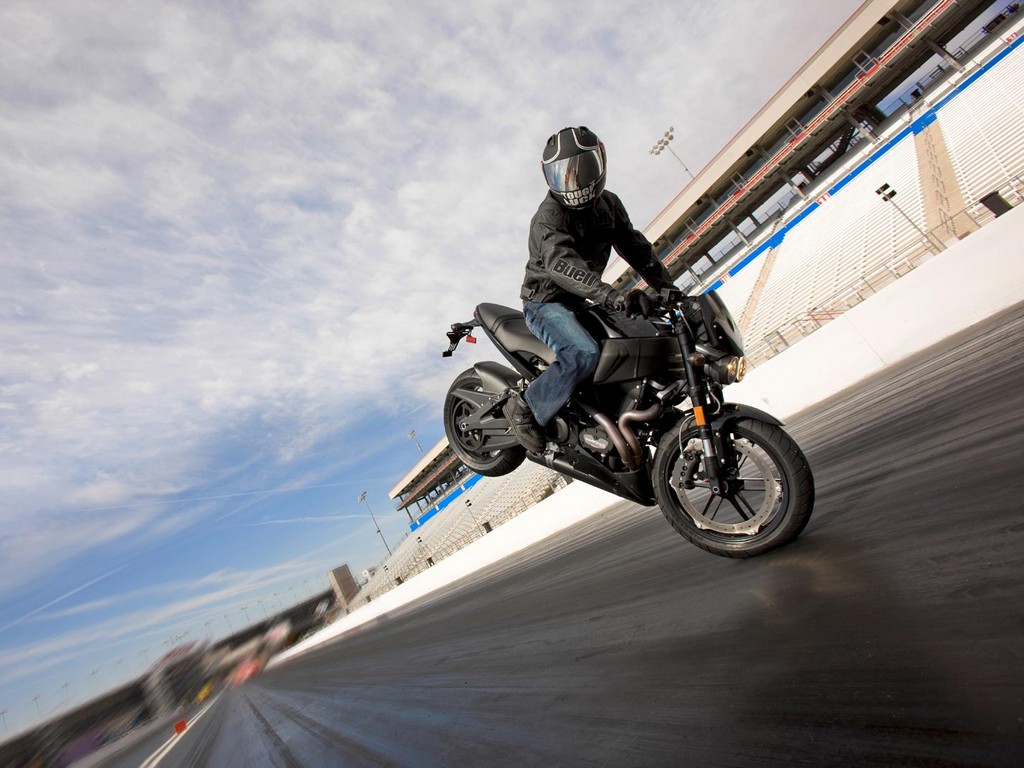 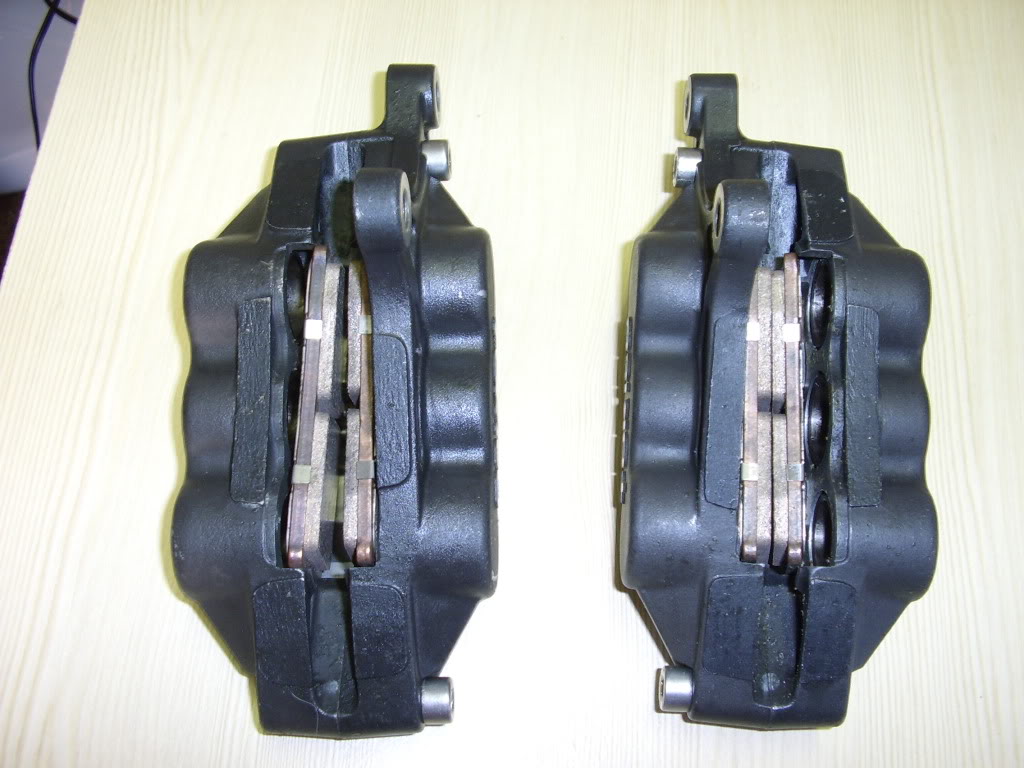 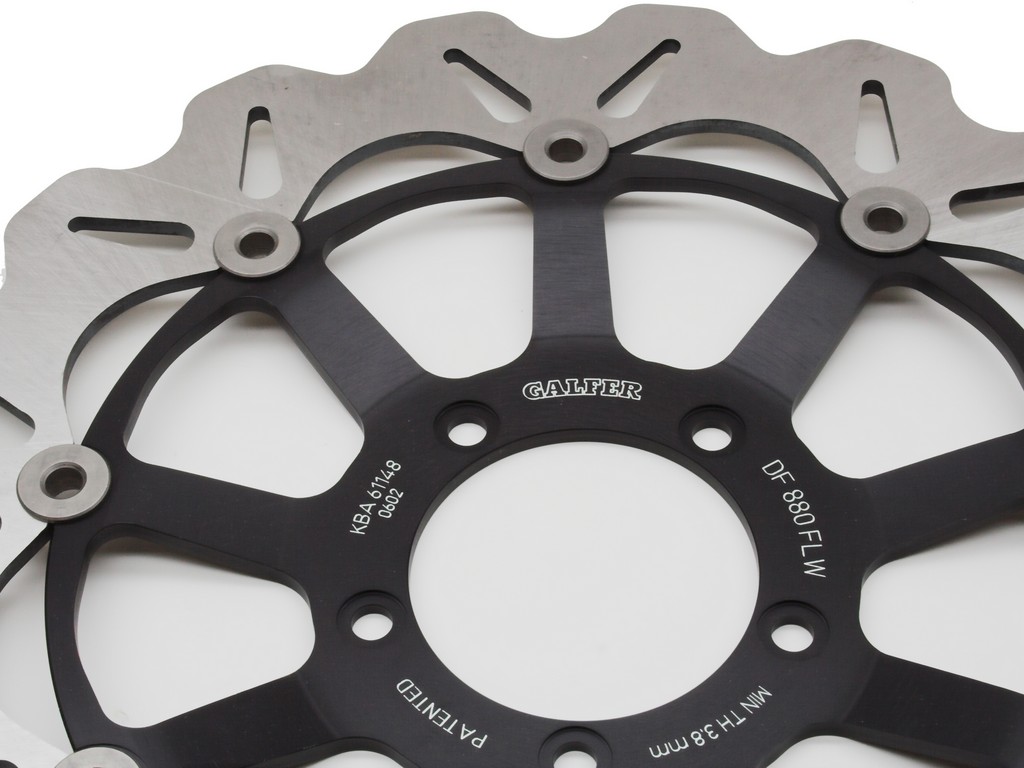 When the speed exceeds “what was needed” by just a small fraction, there are many chances that even an inexperienced rider could pull it through safely. There is the choice of braking softly and rearranging himself or herself on the bike accordingly to compensate for the sudden change, or leaning low and try to balance between the centrifugal force (pulling the bike to the exterior of the turn) and the centripetal force, keeping the vehicle on the track. Old and experienced pilots would seldom advise that leaning more and pulling the throttle is sometimes the best (and even the only) way to make it through a nasty situation.

However, corners are best to be entered at proper speed, keeping in mind that throttle equals grip. In more words, you should approach the corner either at the ideal speed (which depends on road type and condition, type of bike, rider experience, tires, and so on) or with a slight engine brake, just enough to grant you both torque and control over the bike.

There is a nasty type of corner with variable angles along its course; if the corner opens, there's no problem, just hit the gas and fly on, but if the corner tightens, some might find themselves in a bit of a trouble, and braking is utterly necessary.

Like with any kind of braking, it's the front wheel providing most stopping power and it's the front brakes one must use firmly, yet with gentle caution. If the road is in good condition and you meet no puddles, sand or gravel, you could use a bit of rear brake, as well.
This operation commends special awareness, as you must keep in mind that when braking with the front, the rear wheel tends to lose grip (weight-shifting, right?) and skid. And if your lose the rear wheel, a highside is just a “how bad” matter and not an “if” one.Brake hard, stay cool and make it through
It's true that most bike riders like to travel at speeds which often exceed the limitations for certain portions of the roads they're treading. While a little above the speed limit means no harm and will only get you a ticket, riding fast on populated roads poses a major risk. “It's not speed that kills” some might say, and I have to agree with them; it's not the speed but it's the sudden stop that kills, unfortunately.

Hard braking or emergency braking, as we've often named it, is in most cases the only thing a motorcycle pilot can do to save his/ her life, possibly the life of a pillion passenger and avoid damage to the bike.

When done correctly and presuming we're not talking about “low fliers”, hard braking will indeed allow for an evasive maneuver or a complete halt; or at least make you crash at a much lower speed and with high chances to make it home on your own, no broken limbs and all.

One of the key elements of a successful emergency brake is not losing your mind and remaining focused; excessive focus can turn into point fixation, but we'll deal with that in another article.

Keeping cool despite your accelerated pulse and adrenaline rush in your blood lets you think more clearly and renders you more capable to properly assess the situation, decide for the action to be taken and getting the job done. If you panic, bad stuff will most likely occur; if you're the kind of person who is easily scared, who panics quite often, you shouldn't be riding on two wheels or at least you should practice a lot.

Hard braking is needed in the direst of situations and fast thinking/ action are paramount; there's simply no time for second thoughts, and that's why emergency braking is one maneuver which is never exercised enough. 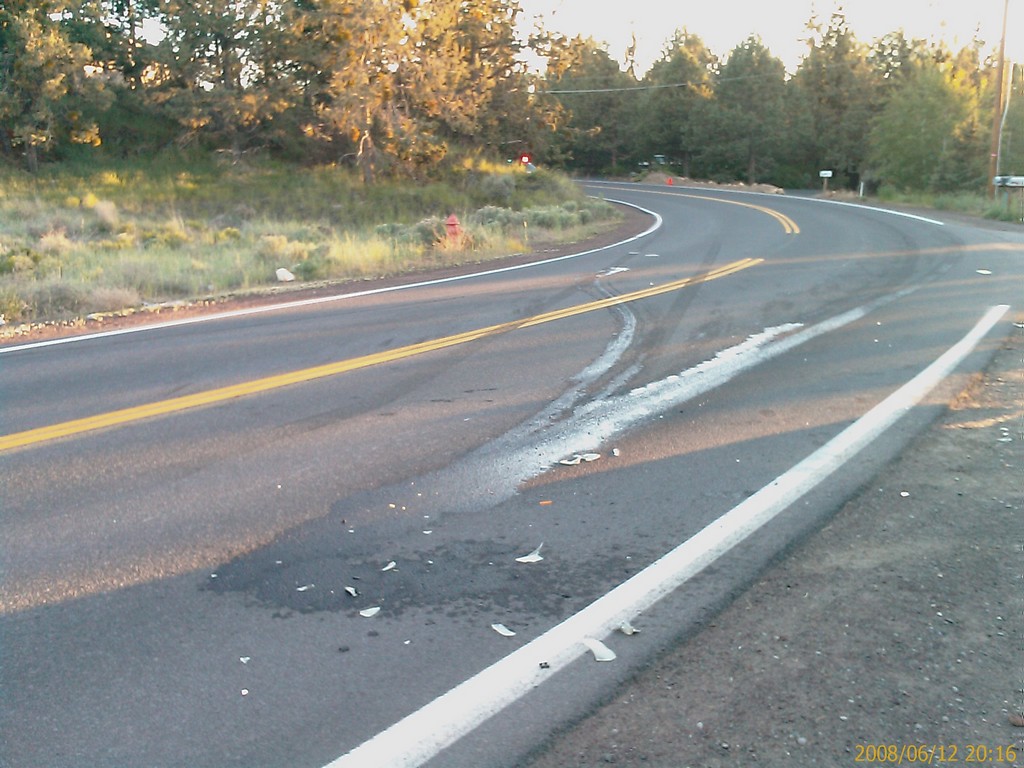 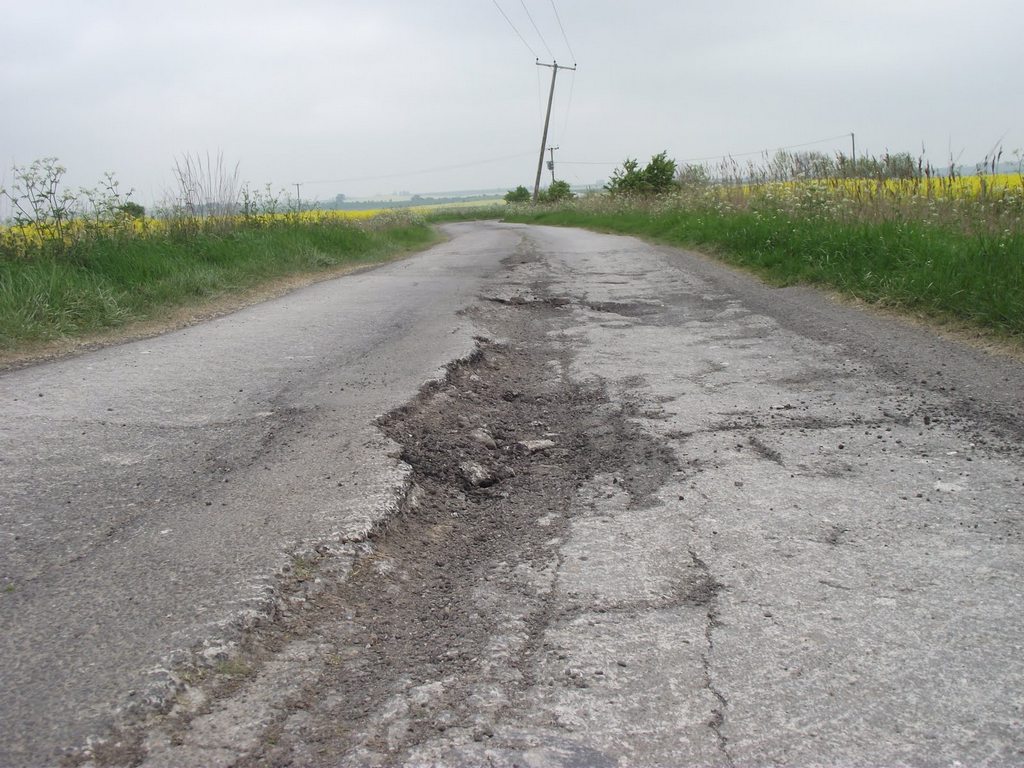 Emergency braking relies almost entirely on the stopping power of the front wheel; in fact, the rear brakes should be used most sparingly if at all. It's very important to squeeze the brake lever firmly, but not in a violent manner lest you either lock and lose the front wheel or do an involuntary stoppie which might end terribly bad.

At the same time, knowing the moment when your front wheel locks helps a lot in such situations; this info will tell you how much more you can brake before you lose grip. Different bikes come with different “locking” characters, so if you're riding a new bike, getting to know it a bit is always a good idea.

The rear brake is better left alone unless you're an experienced rider: because of the adrenaline and mental tension occurring during an emergency, it's very likely that the inexperienced rider should press the rear brake lever excessively hard and lock the rear wheel... and that's NOT what's intended, by far.

You should also remember that the looser the surface, the easier your wheels will lock. Think about a road covered in gravel and sand - due to its loose texture, the surface has less contact with the tires and, in consequence, it opposes a lot less to the stopping force of the calipers pressing the brake rotors. With little to no opposing force, the wheels are much easier to stop and lock. Riding surface awareness is also commendable.

In case you feel the wheels very close to locking, letting go of the brake levers completely is not advisable. Au contraire, you should simply ease a bit the tension in the brakes so you move away from the moment your wheels lock, while at the same time paying attention to what's happening around you.

One of AMSF's (American Motorcycle Safety Foundation) teachings explains why riders should concentrate on the front brake: most riders aren't able to use BOTH brakes as efficiently as needed in an emergency situation. Trying to have both brakes used at full power usually ends in not using either properly. And since not losing the front wheel is the master plan, while a bit of skidding with the rear one does little harm, it's only natural to focus on the first.

Since emergencies are situations that occur out of the blue in most occasions, braking efficiently is an action that relies on instinct rather than on thinking; that's why constantly practicing hard brakes with your bike is such a worthy training. Getting your body to react fast and properly as soon as a dangerous situation is detected is essential if you want to make it home safe.

Unlike balance, braking is not a “natural skill” and a rider learns and perfects it and may hope of mastering it until it becomes more like an instinct. Practicing braking in all its extreme shapes is a very good method to keep instincts and learned behaviors sharp; some statistics show that almost a third of all riders don't even hit the brakes!

As the season starts, it's always good to spend some time with your bike before riding like you did last summer; muscles need a bit of “memory refreshment”, instincts properly awaken. Practicing some hard braking and evasive maneuvers on empty roads or parking lots can make a big difference; and as always, protective gear is most warmly recommended. Ride well, fellows!