2 HondaJet Takes to the Skies

A Look Behind the Scenes at HondaJet 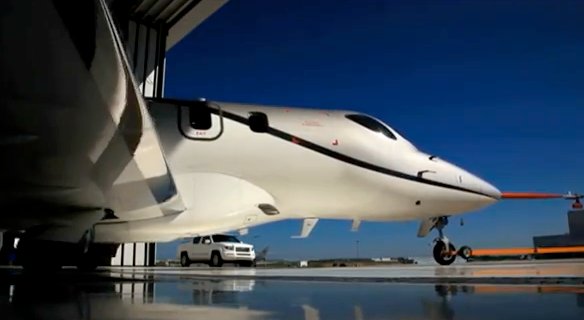 Taking pride in developing its first-ever commercial aircraft, Honda decided to offer us a video showing a sneak peak into the facility that produces the $4.5 million HondaJet, including remarks by Honda Aircraft President Michimasa Fujino.

As for the HondaJet, the aircraft - scheduled for first delivery in 2012 - has already exceeded the company's top speed goal of 420 knots (483 mph) and has achieved a maximum altitude of 43,000 ft. in flight testing.

Furthermore, Power-On testing has been completed successfully on a third conforming aircraft (F2) that will be used for flight testing. Honda is nearing completion of function testing on this aircraft, which is scheduled to take flight this summer.
A fourth conforming aircraft (F3), to be used for additional flight testing, has progressed through the major assemblies consolidation phase and is now in the early stages of systems installation.

A fifth conforming aircraft (ST2) also is planned to be completed in early 2012 to support additional stress and extensive fatigue testing. Also, Honda continues to conduct numerous component qualification tests for each aircraft system to support the certification program.