4 Hot Wheels Super Treasure Hunt Set of 15 Cars Is Coming Up, Feels Like a Solid Investment

It's G-Wagen Month here on autoevolution, so we are exploring the world of Geländewagen on multiple levels. We all know that these are highly capable machines, and some are even incredibly luxurious, too. But that comes at a cost that most working-class people just can't afford. So what do you do when you are a big fan of a car that exceeds your budget? You resort to buying one at a smaller scale, so that you may at least look at it every day before you stroll off to work.

A Brief History of Hot Wheels: Where Are All the G-Wagens?

If you've been following our series of Hot Wheels stories, you might already be aware of the fact that the company introduced its first models back in 1968. As Mattel's headquarters was located in the USA, it made perfect sense that most of their diecast cars were replicas of vehicles built on the North American continent. But of course, they couldn't ignore what was going on in other places of the world.

The first Hot Wheels Mercedes-Benz casting arrived in 1969. There were several color variations of the 280SL, but all of them had Redline wheels. During the next 20 years, Mattel only designed four other castings representing the Stuttgart-based manufacturer. An additional 10 models were introduced between 1991 to 1999, but that was partially thanks to the Corgi acquisition. By 2006, there were six more Hot Wheels Mercedes-Benz castings you could buy in stores.

But then it all came to a halt. Collectors had to wait just over one decade before the introduction of the next 1/64th scale model: the Mercedes-Benz 190E 2.5-16 EVO II. And the diecast manufacturer immediately realized the potential of these items. In just six years, Mattel created 17 new MB castings, which is more than you could say for the 1991-2006 period.

So there's a good chance that this number will increase over the next few years. But today, we will only be focusing on the G-Wagen line-up. Out of a total of 38 different Mercedes-Benz castings, just two are replicas of the popular Geländewagen model. You'll find more options over at Matchbox, but more on that in another story.
Mercedes-Benz G500 (Blings)
The first replica of a G-Wagen revealed by Hot Wheels isn't quite what you would expect. The Mercedes-Benz G500 first appeared in the 2005 First Editions: Blings series. It featured a two-tone paint job the likes of which people were used to seeing in either Need for Speed games or Fast & Furious movies. It was a combination of Metalflake Silver on the lower part of the body and Metalflake Dark Red up top.

That aside, you'll instantly notice that this is similar to the "Tooned" concept used by Mattel time and time again. Proportions are anything but realistic, and the BLING wheels fit right in. If this stylistic choice seems ridiculous to you today, you should try looking at Mannie Fresh's Real Big music video. "House real big, cars real big...Rims real big...let me tell you how I live" is an accurate description of a car culture sub-genre that took off at the start of the 21st century. Mattel released two more variations of this casting in 2005.

These featured the same two-tone paint job approach, but Dark Red was dropped in favor of Dark Silver. Switching from the BLING wheels to regular 5-spoke ones kind of defeated the point of the series, but it was probably meant as an experiment to gauge the collector's interest in the matter. In 2006, the G500 was featured in the Dropstars series alongside other castings such as the Chrysler 300C (Blings) and the Cadillac Cien Concept. This time Mattel went for a more colorful approach, with a mix between Metalflake Orange and Black.

There was one last attempt at marketing the product that year, and in typical Hot Wheels fashion, it had flames going down the sides. Both variations that appeared in 2006 used the original BLING wheels, but the diecast manufacturer decided to shelve the casting perhaps because of poor sales figures. Each one of the five iterations should cost around $10 or less today, so if you don't mind the exaggerated design it will be quite easy to get a complete collection of these. Maybe people will feel differently about them 10 years from now.
1991 Mercedes-Benz G-Class
As mentioned before, Mattel has started to bring out more and more Mercedes-Benz castings in recent years, which is also valid for other European cars. In 2019, the 1991 Mercedes-Benz G-Class made its official debut as part of the Fast & Furious: Furious Off-Road series. Back then, it faced stiff competition from two other iconic trucks: the Land Rover Defender 110 Hard Top and the Hummer H1. Mark Jones is the original designer of this casting, which has only had Premium appearances so far. You'll find three variations in total, all of which feature a metal base and Real Riders 8-Dot wheels.

The First Edition model was painted in a pretty typical color for a G-Wagen: Flat Green. It also happens to be the only iteration without a plastic hardtop, which may be an extra selling point for some collectors. For those of you who kept watching the Fast & Furious movies beyond Tokyo Drift, you might remember seeing this car play a small role in the sixth installment of the series. Pricewise, you'll have to pay anywhere between $10 to $20 to get your hands on one, which is what you would expect from a Premium Hot Wheels that wasn't all that popular when it came out.

The second variation of the G-Class also appeared in 2019, as part of the Period Correct series. This one was painted white and featured a Period Correct Rallye Racing livery with plenty of sponsor logos all around. The removable plastic hardtop felt like a nice touch, and this is the kind of variation that you don't always get to see with Hot Wheels castings. And here comes the tricky part. Although this variation of the G Class had an initial price of just $25, it's unlikely that you'll find one for less than $125 today. Some eBay sellers have even listed it for $275, which goes to show how crazy the market situation is like today.

The third and latest version of the 1991 G-Class was introduced in 2020 as part of the Hot Wheels Boulevard series. Finished in Metalflake Silver and fitted with a black plastic hardtop, this was meant to picture a more traditional, street version of the G-Wagen. And if you're not a motorsports enthusiast, you might like this variation better than the Period Correct one we talked about earlier.

That feeling will further be enhanced by the price tag of this model. Some of the more expensive ones out there won't cost more than $20, while the entry-level cost is set at about $7. In conclusion, there are two Hot Wheels G-Wagen castings out there for you to collect, which add up to eight different diecast cars. If you want to get them all, you'll have to pay anywhere between $160 to $370. The only question now is, when will Mattel bring out the next Mercedes-Benz G-Class? 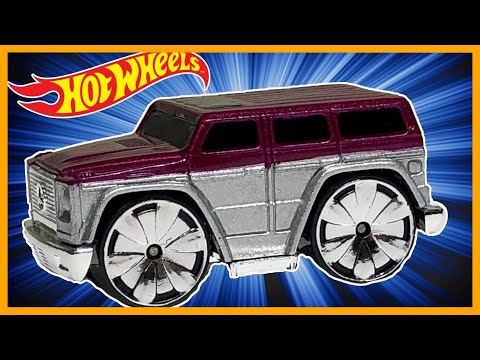 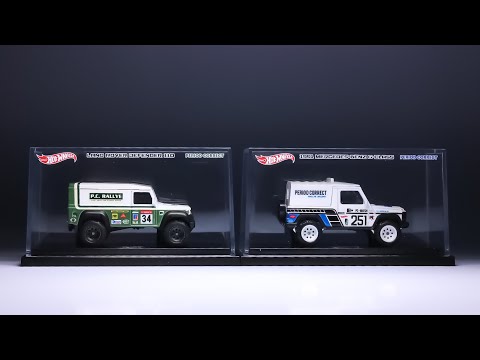