4 Audi Is Leaving DTM, But Not Before Trashing BMW

5 All-British Formula 1 Calendar and Tracks Would Look Something Like This
Car video reviews:
Coverstory

Add a love of racing to a pure heart and you get Renée Brinkerhoff’s amazing story and admirable life goal. Renée is a 64-year-old mother of two who’s racing a Porsche of the same age, taking it to Antarctica in a mission scheduled for early next year.
7 photos

Renée Brinkerhoff didn’t race until she was 56 but, when she did, she was hooked. At the same time, her mission had become clear to her: race to raise money and awareness for child trafficking. Her 1956 Porsche 356A is now part of the Project 356 World Rally Tour, which, when completed, will have seen her race 20,000 miles (32,186 km) on every continent.

The last leg of the tour will start early next year and will see her set two new world records: that of becoming the first woman to race on Antarctica ice and a land speed record on a blue ice landing strip. For the first attempt, she and her Valkyrie Racing team will join forces with polar adventurer Jason De Carteret, who has already mapped out the 356 miles (573 km) she will race.

The latter attempt will take place on Union Glacier after the 356-mile trek will have been completed. Renée believes this shouldn’t take more than four days, but not accounting for weather, which could turn all the plans on their head.

Renée tells Fox News Auto that, as of this moment, her Porsche is being converted to race on ice. It will be fitted with tracks, skis, solar panels and a “front crevasse bar to keep it from falling into hidden cracks in the ice,” and the project will be complete in October. The Porsche will then be sent to Chile by ship and then to Antarctica by plane.

Renée’s Project 356 World Rally Tour started in 2013 and has raised $200,000 so far. The final goal is to raise $1 million, with all the funds going to a variety of aid groups like Kenya’s HAART Foundation and The Exodus Road in Colorado. Once the mission is complete, Renée will continue her journey with the Porsche, even though she’s been offered to put it into a museum.

“I want to keep racing it,” she tells the media outlet. “It's a car that's got to be driven and have new adventures and break more boundaries and see different places and achieve new things. So I can't imagine it being on display somewhere.” 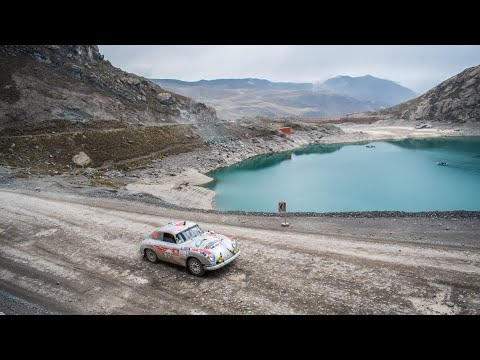