A 45 AMG Exhaust Making Popcorn on a Mountain Road

One of the most talked about unknowns of the Mercedes-Benz A 45 AMG before its official launch was the sound of its exhaust, especially since V8 and V12 soundtracks are an AMG specialty and they had never manufactured a four-cylinder before.
1 photo
When the first videos with the car arrived, the sound of its exhaust divided car fans in two separate camps.

Personally, we are in the second camp, and although we'll never pass the sound of an M156/M159 over it, the A 45 AMG's engine gives us the right tingles down the spine when the seven-speed dual-clutch transmission shifts.

The popcorn-making sounds it occasionally makes aren't something to be ashamed with either, making bystanders believe it's sporting a much larger engine. 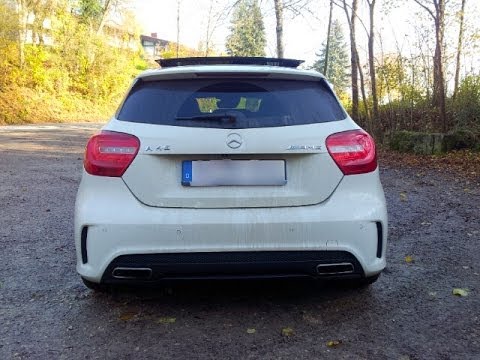