1 World’s Most Famous Hispano Suiza, the 1924 H6C Tulipwood Torpedo, Could Sell for $12M

4 Custom ‘77 Rolls-Royce Camargue Known as the Sbarro Unikat Could Be Yours, a Steal

If you’re among those for whom getting a very expensive or even a limited-edition supercar is only an occasion to ask “What next?,” Bobby White would like a word. How about a custom, diamond-coated badge for the hood of your new car that is already not enough?

Bobby White is among the world’s most famous custom jewelers. He is also a popular name with celebrities, having designed pieces for the likes of Beyonce and Rihanna, and you know what they say: if you’re good enough for Queen Bey, you’ve made it. Ok, so there’s not an actual saying that goes like this, but it could be.

Bobby White is a celebrity on his own, too. He makes entertaining YouTube videos that offer an insight into his work, and he picks some of the wackiest and most unexpected projects – like that time he set a PS5 controller with precious gems and diamonds, and 24-carat gold leaf. His latest “trick” is to create custom Lambo badges, and it says more not about himself but about his customers. A diamond-encrusted Lamborghini badge is for those car owners for whom a plain Lamborghini is just too basic, if you will.

White got started earlier this year, when he received a request from a certain Roberto from Italy. He’d already created for himself a diamond badge for his black Mercedes-AMG C63, and this customer wanted something similar for his brand new Urus. As White explained in the video at the time, he was working against the clock to create the badge and then fly over to Italy to have it installed on the hood of the Urus. Keep in mind that White’s videos do tend to be a bit overdramatic, so maybe all that stuff about having just 72 hours to make the piece should be taken with a grain of salt.

White’s plan was to make the badge into a tribute to the Italian flag, so he would use colorless diamonds, alongside rubies and emeralds. The setting would be in white gold, with a piece of yellow gold for the frame, and the bull cast out of 18K white gold. He estimates that the total cost of the piece was of over $40,000. Definitely not cheap.

The project started with melting white gold inside a furnace, for the base of the badge. White measured and spaced out the holes where each gem would be set, and then proceeded to drill them out. Then, he had to cut each hole to create the four claws that would hold each stone in its place. For more contrast, after the stones were set, he black-rhodium-plated the gold behind the emerald, and treated the gold behind the rubies into a red gold.

For an even more personalized touch, he took the yellow gold frame to a laser exhibit that just happened to be taking place downstairs, and had “Lambo” engraved on it. The bull silhouette was cast out of white gold, following computer readings and measurements of the real Lambo bull. This one was a tad bulkier, because White still had to polish it by hand, for that extra shine.

The jeweler and his production manager, Alex, flew to Italy as soon as the piece was done, and mechanics had it installed into the hood of Roberto’s Urus. White then got to drive the Urus at the racetrack, racing against Roberto in an SLS he also owned (and on which White stuck his older badge). For a rushed job, as White describes it, it's these details that betray the length of the project and just how much planning must have gone into it.

But the bottom line is the same: with this piece, White created a new trend, at least as far as his customers go. Since he did the Urus badge, he also created a badge for 2022 Gumball 3000 supercar rally, which he said would sell at auction.

When a brand new Lamborghini is simply not dazzling enough, a bunch of diamonds and precious stones will surely help. Just make sure you don’t park on the street. 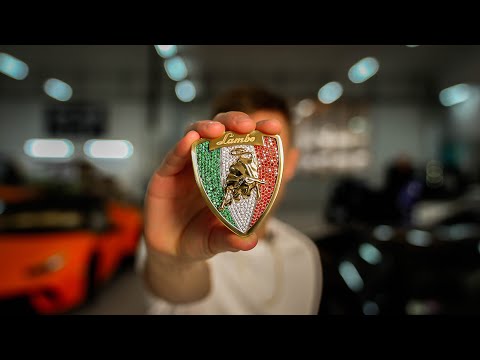 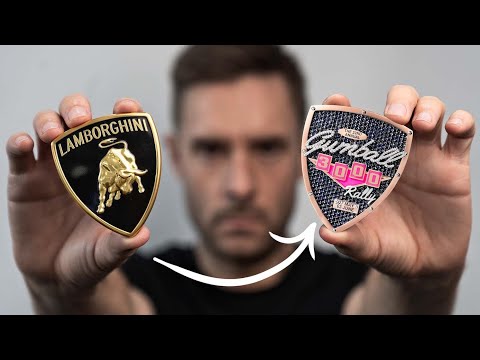