3 Mahle’s Innovative Magnet-Free EV Motor: How It Works and Why It’s a Big Deal

5 3D-Printed Electric Motor to Become World’s Most Power Dense with 27 HP/Kg
Car video reviews:
Up Next

Billie Eilish’s First Dodge Challenger Back at the Shop for Repairs, Looks Ruined

Electric vehicle production scaling would not be possible with all the scarce and expensive materials used today. A 17-year-old boy has a solution to the problem, designing an electric motor that doesn’t use rare-earth magnets.

Today’s electric vehicles claim to be a sustainable solution to preserve the environment, but they’re not quite there. Li-Ion batteries that are widely used today are built with raw materials that are either difficult to source, expensive, or pose more environmental problems. At the same time, electric motors use rare-earth materials for permanent magnets, which are equally costly and hard to find.

Getting rid of those materials to make electric vehicles more sustainable is not an easy task. Researchers work hard to develop batteries that don’t use nickel, cobalt, or lithium. Probably the best result of this struggle is the LFP batteries that even Tesla started using. Sure, they’re not as energy-dense as their ternary counterparts, but they can fit the bill while saving the Earth in the process.

When it comes to electric motors, we’re still far behind. Sure, there are solutions to shun rare-earth materials like neodymium, samarium, and dysprosium used today for permanent magnets. The synchronous reluctance motors work without permanent magnets. Still, they’re not very good for anything other than pumps and fans, lacking in power and torque. A 17-year-old boy might have a solution to improve this type of motor to the point that it could be used in electric vehicles.

Teenager Robert Sansone is a Fort Pierce, Florida-based inventor with over 60 engineering projects completed at the age of 17. His work includes everything from animatronic hands to high-speed running boots and go-karts. He is now passionately working to improve the electric motor. More specifically, the synchronous reluctance motor, which can work without rare-earth magnets.

Synchronous reluctance motors use a steel rotor with air gaps cut into it. It rotates with the magnetic field generated by the stator. The higher the saliency ratio, or the difference in magnetism between materials (in this case, the steel and the non-magnetic air gaps), the more torque it generates. This is where Sansone’s genius intervenes, replacing the air gaps with a secondary magnetic field. His design comprises more components, but the details are secret until the teen patents the technology.

After more than a year of work, Sansone has created a working prototype of an improved synchronous reluctance motor with significantly more torque and efficiency than existing ones. Lacking resources, Robert used 3D-printed plastic to build his prototype motor. He had to throw away a lot of rejects before getting to the one that proved his theory.

“Once I had this initial idea, then I had to do some prototyping to try and see if that design would actually work,” said Sansone to Smithsonian Magazine. “I don’t have tons of resources for making very advanced motors, and so I had to make a smaller version—a scale model—using a 3D printer. [...] Each time a motor failed, I had to do tons of research and try and troubleshoot what went wrong. But eventually, on the 15th motor, I was able to get a working prototype.”

For his invention, Sansone won the first prize and $75,000 in winnings at this year’s Regeneron International Science and Engineering Fair (ISEF), the largest international high school STEM competition. Robert works now on his 16th prototype, built from sturdier materials so he could test it at higher RPMs. If his invention proves successful at higher speeds, he intends to proceed with the patenting process. 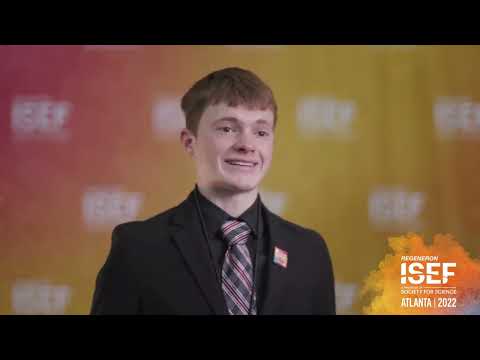