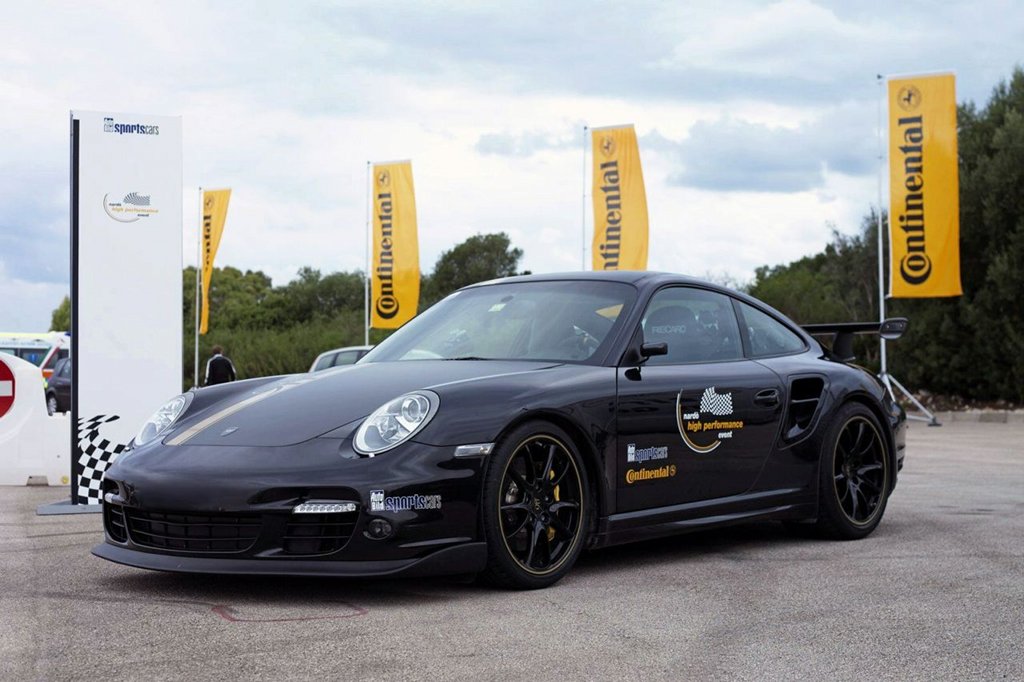 The force responsible for this performance comes from the TR-1000’s 4 liter flat-six engine with two improved turbochargers, a modified intercooler, sport camshafts, titanium rods, revised cylinder head and driveshaft, a sport air filter, a reprogrammed ECU and of course a high performance exhaust system. As the car’s name implies, the engine now develops 1000 HP at 7800 rpm and 1040 Nm of torque.

At this level of speed power would mean absolutely nothing without aerodynamics, so 9ff covered this area in a very special way. A modest body kit including a front splitter, new side skirts, a rear diffuser and a rear wing. We say special because it is totally unusual for a tuned vehicle of this level to have such a discreet appearance, and we can only be pleased with that.

In order to decelerate the vehicle when needed and keep it stable regardless of the speed, a high performance carbon ceramic braking system and an adjustable sport suspension with aluminum dampers have replaced the stock ones.

As you can imagine, 1000 horsepower backed up by all that torque also generates staggering accelerations figures, and the TR 1000 has plenty of these :

Furthermore, 9ff says that the maximum speed would have been slightly higher if the test driver hadn't been forced to brake by the circuit's layout (at the moment the car had reached the end of the straight line) and believes that if the car’s aerodynamics are improved, it could exceed the 400 km/h barrier.

Maybe more impressive than these figures is the car’s destination, as it is reportedly built for a Greek millionaire’s 25-year-old girlfriend. That’s a €130,000 gift.

However, if you want a similarly-powered alternative from the same tuning company, you could try to convince the guys at 9ff to build a GT9-R for you.