Home > News > U-turn
Ciprian Florea
Inspired by a one-off Shelby GT500 musclecar built in 1967 for Goodyear Tires, the modern Super Snake is the second most powerful vehicle you can purchase from Shelby American, next only to the track-only Shelby 1000.
1 photo
This supercharged beast packs up to 850 horsepower and spawns earthquakes when fired up. Built in limited numbers and not exactly cheap, the Super Snakes are a rare sight compared to other Mustangs and almost nonexistent in Europe.

However, a video we discovered today proves that there a few very lucky people that get to enjoy such vehicles on the Old Continent. This supercharged 850 HP Super Snake was spotted in Italy while flexing its muscle on some sort of track we weren’t able to identify.

There’s some donut action in there as well, but that part was taken in foggy conditions. But don’t worry, sound is more important than visuals in what you’re about to see below. 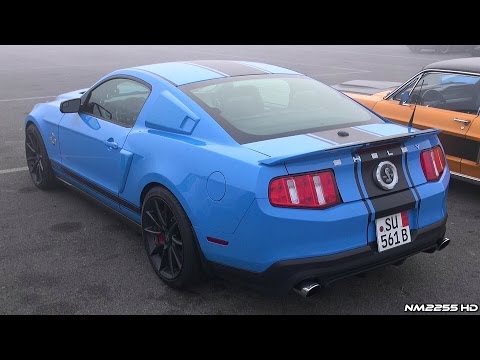