2 This Is How All Older BMWs Should Be Retired

4 New BMW M4 Commercial in the Works, Includes a Lot of Drifting

82-Year Old Lady Does Donuts with a BMW Z3 Convertible

Not too long ago we wrote about an elderly man that was so confused in the UK that he ended up driving on the wrong side of the road for a couple of miles, on a highway, scaring other motorists out of the way.
1 photo
While it may seem amusing at first, you should know that he wasn’t a foreigner and that the police took him in for questioning and some thorough medical investigations, to see if there was anything wrong in the ‘upstairs bedroom’.

At first, people jumped to say that this is a perfect example of why older people shouldn’t be allowed to drive anymore. Amongst other reasons, they claimed that after a certain age the reflexes just aren’t the same anymore and confusion can lead to some serious damages and even life threatening situations.

That might be the case for some people but we surely can’t generalize. The best way to go at it would be to perform some thorough medical evaluations every once in a while, to make sure that everyone on the road is fit to drive a vehicle, no matter if young or old.

The perfect example that not all old people are a danger on the streets is this 82-year old grandma(Josie for her friends) that shows the youngsters what she learned at the Stunt Drive Experience school in Northumberland, UK.

Hopping in a BMW Z3 Convertible with her trusty instructor in the passenger seat she put down some really nice donuts and you can watch her performance in the video below. 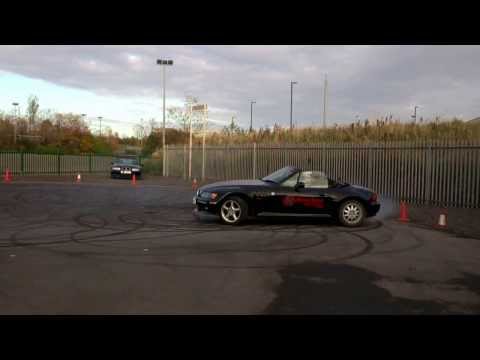