”What the Truck?” is a phrase made famous by one popular YouTuber, Solomon Lunger, on his Ford Era channel when he comes across some unusual trucks. This time, he and his ‘79 F150 Ranger XLT 4x4 had a memorable performance during a rubber-smoking session at a recent car event. What (the Truck) happened on that burnout pad? For everyone there, it was an absolute blast.

Or maybe I should call it a bang because it also fits the picture of one massively failed burnout. Solomon took his 7.3-liter Godzilla-powered truck to the Holley Ford Fest and entered the burnout competition. While the tire-arson part wasn’t especially spectacular, the finale went through the roof. The bed of the 700+ hp truck broke in half after a rear tire detonation, and it struck the back of the cabin. The force exerted on the bare sheet of steel was so strong that the six-foot-long piece of metal remained upright.

“Detonation” is not an overstatement here – look at the video and the gallery to see what I mean. The tire didn’t just blow; it exploded so violently that it ultimately came out of the wheel, wholly severed. The truck’s bed got the heat, with the rubber slamming into the underside so fiercely that it tore through the metal sheet.

Surprisingly, no one was hurt, and the Ranger – apart from the catastrophic cosmetic outcome – still drove after the blast. Looking like a tin can opened with a pickaxe, the car pulled through and moved itself to the side of the pad.

Interviewed right after the big bang – immediately after getting off the truck – Solomon couldn’t refrain from going with the adrenaline flow and shouting to the cheering crowd: ”Hey! Did we do it or what?” Some viewers commented he over-did it, as it was never his intention to damage the vehicle, let alone slam half of the truck’s bed into the cabin. At least that’s what he claims – see the end of the video.

Still, there is a bit of a conspiracy theory among viewers who commented that Solomon said something almost too prophetic before the bang. At the beginning of the video, during the intro, he asks the viewers to “pray for Snicker’s quarter panels.” (Snickers is the truck’s name, by the way.) While teasing the audience is something that YouTubers frequently do to present their uploads, this preface spurred mixed reactions from viewers (some accusing Solomon of doing it on purpose).

I believe otherwise, knowing how much time and effort – not to mention money – Solomon invested in this one-off truck he salvaged this summer when he purchased a private collection in Tennessee. (check the second video to see how Solomon came across the car at the 39:40 mark). Suffice it to say he bought 114 Ford trucks after initially coming for just three of them.

So, this unfortunate vehicle started as a 1979 Ford F150 Ranger XLT 4x4 Shortbed. After our YouTuber got it, it swapped the engine with a monstrous 7.3-liter V8 Godzilla plant. It took nearly seven weeks for the Texas guys at Mast Motorsports to do the job.

Four days ago, the F150 came out of the workshop with a dyno score north of 700 hp (according to Solomon Lunger's social media claims.) In an Instagram post, Solomon hinted at his intentions with this message – see it below - “The real question is do we enter Snickers in the burnout competition?”

One day after, he uploaded another video on Instagram with a burnout test outside the shop in Texas. Ironically, the author’s comment stated: “she breaks the tires loose so dang easily.” If only he knew how accurate his appraisal of Godzilla would be…

Still, he has big plans with Snickers. Although brutally mauled, the feisty F150 short bed did not lay down his sword and will get a new life. I am quite interested in seeing a project unfold, knowing Solomon can pull some stunts regarding Ford trucks. 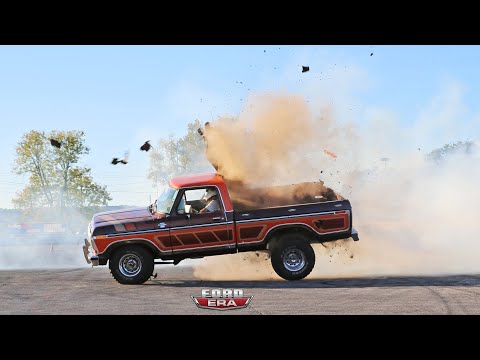 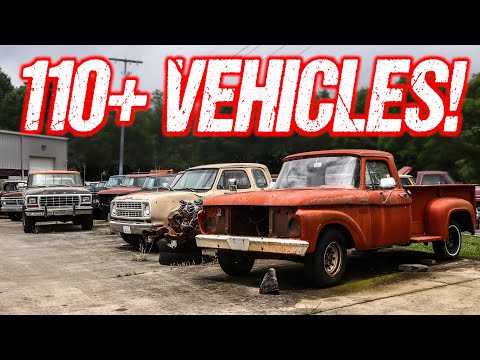