1 Watch and Learn: How Not to Lean through a Bend

2 How to Choose a Motorcycle Helmet, Part 1

4 How to Beat the Heat when Riding in Hot Weather, Part 1

Alrighty, the riding season kicks off and it brings back the wind-in-your-face joy, but packed with the risks we’ve forgotten all about during the winter. And since I’ve already got news of quite a lot of motorcyclists involved in crashes, I though a quick recap of the most important reasons why we get involved in accidents would be a good heads-up piece of advice.

7 Reasons Why We Crash in the Spring

The very bad side of all this affair is that “spring crashes” seem to affect both newer and seasoned riders. A wise motorcyclist knows that learning is never over, and regardless of how many seasons he or she has spent in the saddle, there will always be a wrong time and a wrong place that could lead to a bad end for the day. So without making you wait too much (I know your hands are itchy), here are 7 reasons why we crash during the spring.

Technical aspects. Well, it’s spring and you feel like the warm Saturday afternoon light is the perfect scenery for the first ride. I can’t and won’t blame you, but before you hop on the bike, you’d better make sure it is up for the task.

Of course, you kept it in your warmed garage and missed it during the log winter months, but this doesn’t mean the motorcycle took care of itself. Before you even insert that ignition key, there are so many things you must check in order to make sure you won’t crash because of a technical malfunction.

Several moths are not a couple of rainy days when you left the bike at home and drove your car to work, and during this time, a lot of things may have gone wrong. Being confident that your bike is in 100% working order and will perform as it is expected from it is no rocket science, and you have this instructive and comprehensive “How to Ready Your Bike for the Spring” autoevolution guide to help you. 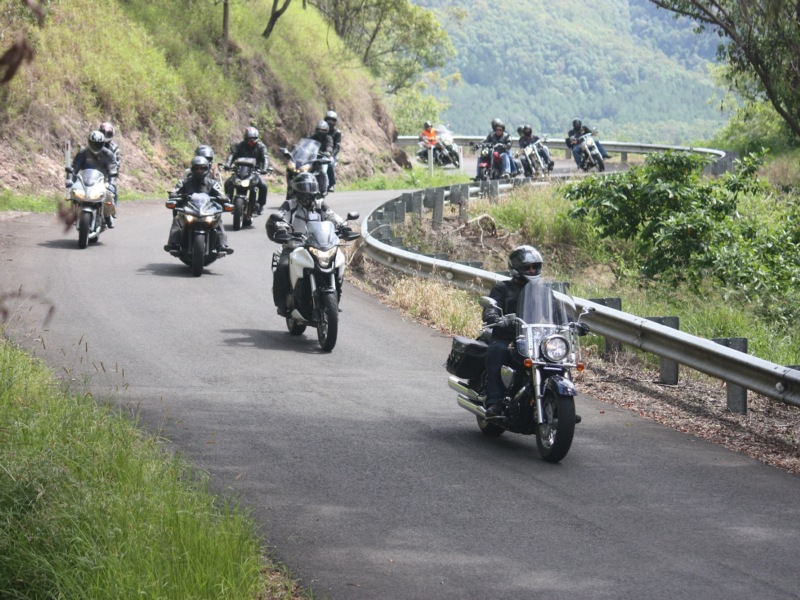 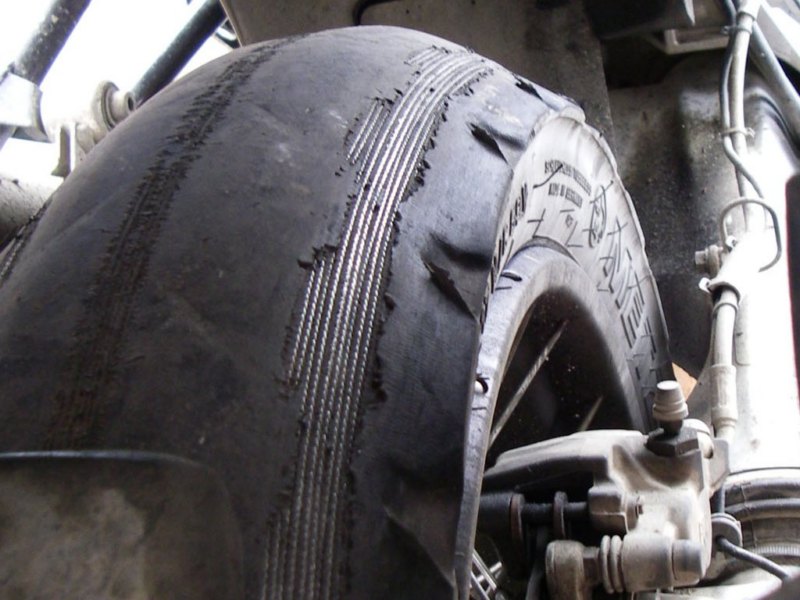 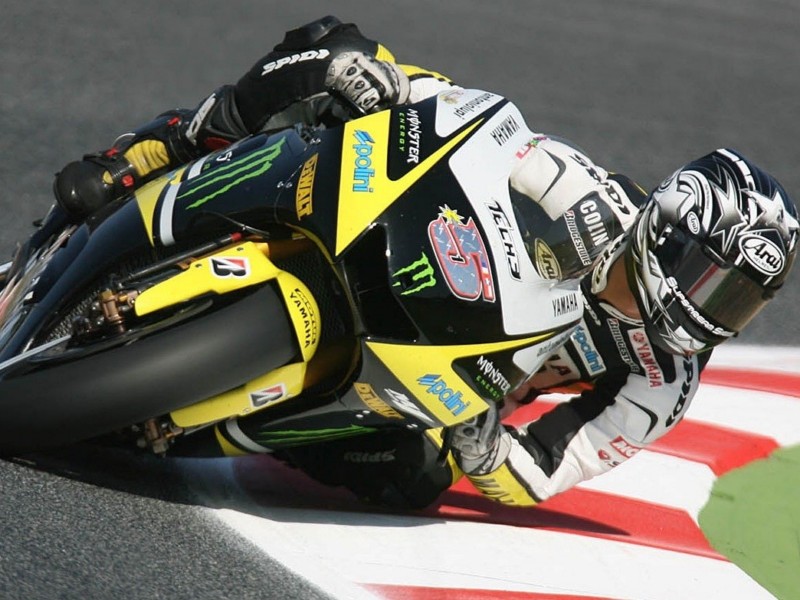 Indeed, it’s a real pity to crash because of a bad tire, stalled engine, lack of braking power or controls not working properly. And it’s even lousier and hilarious to become stranded in the middle of nowhere just because your machine would no longer start. Take your time and ready your bike for the season: it may delay you a few days (in case you‘re not smart enough to do so before that nice Saturday), but it will keep you safer.

Skills and taking things easy. One of the things often overlooked by riders after the winter break is the fact that their muscles have literally “forgotten” certain routines. Namely, the very routines which instincts are made of are a bit rusty, so to speak, and this can lead to a lot of serious trouble.

Riding a motorcycle involves complex body movements in order to onboard alter weight distribution, help countersteering, help compensating for various issues the road might bring up, and being precise when it comes to these moves is the key to a safe ride. From throttling to the much more important braking routines, and from switching sides in the saddle to muscular fatigue, everything matters.

2 or 3 months without riding impact the skills differently for various riders, but a wise piece of advice is to take things easy until you feel truly confident in your riding. This includes some practice for braking, throttling, leaning and so on. Idiots may laugh at you as you ride more carefully in your first outings, but remember you’re only warming up for the long months ahead and usually he who laughs last laughs better.

It’s absolutely no use in being a moron and believing you’re Jorge Lorenzo in your first outing of the year. You have high odds to be involved in a crash, and you don’t need me to tell you that bike repairs are anything but cheap. Or that you could injure yourself and shorten you riding season, or putting an end to it as it has barely started. Be wise, take things easy, regain full control over your bike and your body, and make the world a better place by not crashing.

Speed. Yes, I only know too well how the first wind feels in the spring, and how beautiful the exhausts’ roar seems. The air slowly warming up day by day, the fresh smell when riding between green fields and hills, the chirping of the startled birds as you throttle by a blooming bush at the side of the road, they’re all ever so inviting… and all of a sudden you realize you’re doing 100 mph in a 55 zone.

Even if you don’t run into a speed trap or have an unpleasant encounter with a policeman and wave your license and money goodbye, this is still wrong. Remember your skills are not as keen as they were some months ago, the roads are not clean and the asphalt is still cold. It may be open season for you, but there are multiple dangers lurking around every other bend. Just take things easy, at least until you’re back in top riding shape.

You’re eager to ride, as hard and as far away as you can afford for your money or free days, and so are the rest of the guys on two wheels, but this doesn’t mean that in the first outings you must make up for all the time winter kept you away from your bike. 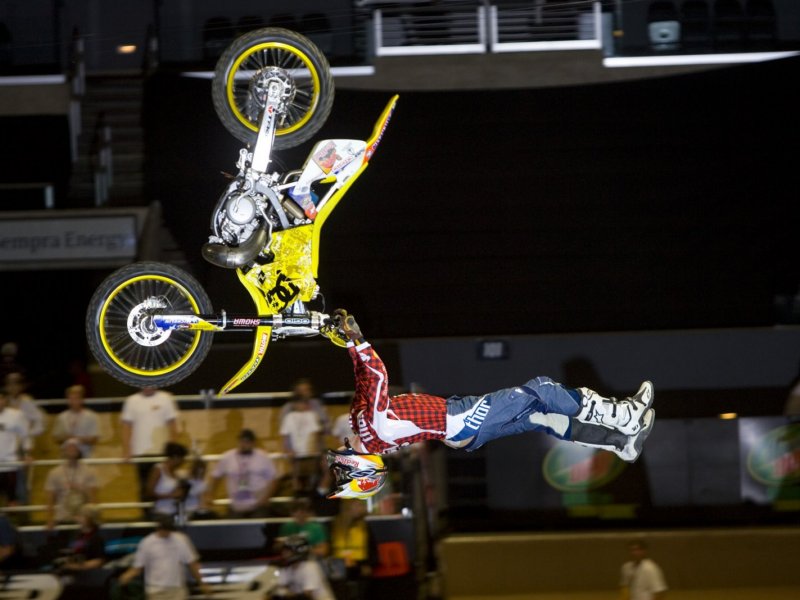 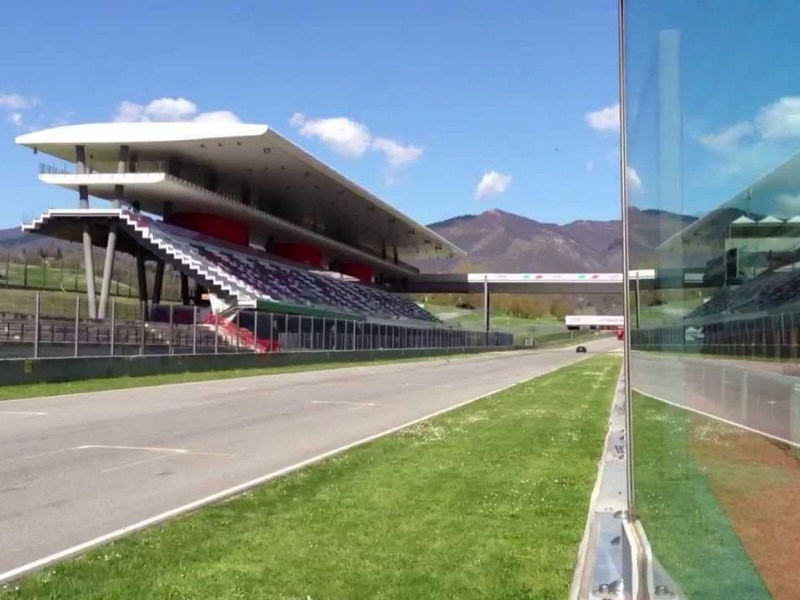 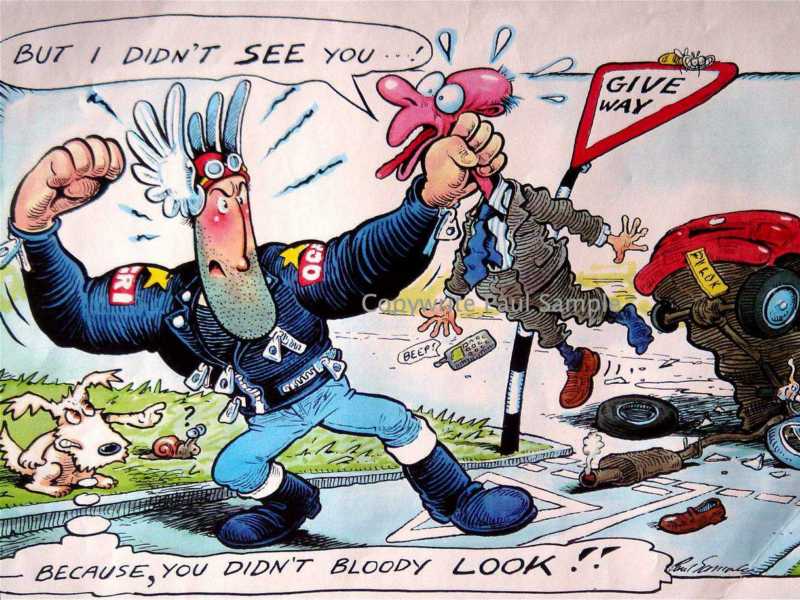 It’s the natural order of things, if you’re not living in a 12-month riding season country, and it’s no use surrendering to such mindless impulses, because they can provide you with a trip to the ER in a split second. Pretty much like excessive speed can do, only more so.

Other riders. It may sound a bit funny, but you’re not the only rider who wants to break free from the chains of winter. Hundreds, thousands of guys like you, some better and some worse riders than you are, they are all waiting for the same day.

Now, you enjoy riding in a large group with your buddies, but during the first rides of the spring, this may be a problem. That is because having a bigger rider density in a sector of the road increases the chances of more people being injured when something goes wrong. Even more, it doesn’t even have to be a monumental mistake to cause several guys to crash at once.

Sometimes, all it takes is a guy who is not 100% sure on his trajectory or speed around the bend. He or she goes wide and plays bowling with several more, or causes the ones in the rear to brake very hard and lose control over their bikes, and the list can go on for quite some time.

When out for the first rides of the season, it’s more advisable to ride in small packs, with friends you know to have prepared their bikes and themselves for the new season. Plus, in larger groups, some wiseguys might spark some ad-hoc racing and not all such things end well during the spring rides.

For what is worth, the opposite is not a very smart idea: riding all alone for the first time comes with the risk of either being involved in a crash, or having a bike malfunction. Having one or two friends with you helps solve the problem easier, faster and safer.

Drivers. It’s true and it’s sad that some drivers seem to forget that riders are present on the road. It goes without saying that some do so even in full season, but after several months with no bikes on the roads, things may be a tad iffy when encountering such drivers.

I know it sounds a bit paranoid, but it’s better to be safe than sorry, so riding in a defensive manner is one very smart thing to do, spring or not. Anyway, exercising this slightly paranoid behavior while on two wheels can definitely save the day.

Most of the drivers who give riders a hard time are not doing this on purpose, so it’s smart to watch out for our own hides, because our 4-wheeled road fellows won’t, and taking unnecessary risks only by assuming they’ve seen us never paid off. Make yourselves visible and stay on the safe side.

Avoid riding in the cars’ blind spots and never assume you’ve been seen prior to risking anything. You’ll be better off this way, trust me.

Awareness. Awareness is not recommended during spring only: it is one of the major assets of a good rider, but at the beginning of the riding season, it will save you when the going gets tough. I’ve mentioned awareness in a separate chapter because the quality of the riding is directly related to the mental state.

The first rides bring euphoria and plenty of dopamine, a hormone responsible for the pleasure and well-being feeling. Obviously, when fully enjoying the first rides of the season, the mind may be distracted by a bevy of factors… and this may not be to your own good. Distracted riders are prone to making mistakes and if I remember well, you said you wanted to be back home in the evening and then have a beer with your friends, right? Hospitals or graves are hardly places for such things, aren’t they?

Roads. Finally, road condition is another factor that causes the spring crashes. I bet that most of you have at least once been in the very crappy predicament of riding again on a certain road and encounter cracks or dirt around a bend you only knew too well. How about doing this 20 mph faster? Not exactly the happiest of endings, isn’t it?

Some roads degrade over the winter, and repeated freezing and defrosting can lead to nasty cracks, which can destabilize a bike even when ridden by an aware and skilled individual. Likewise, in certain areas at the side of the road, the asphalt may become brittle and give way if you’re riding on it. The loss of grip is instantaneous and the crash is imminent. 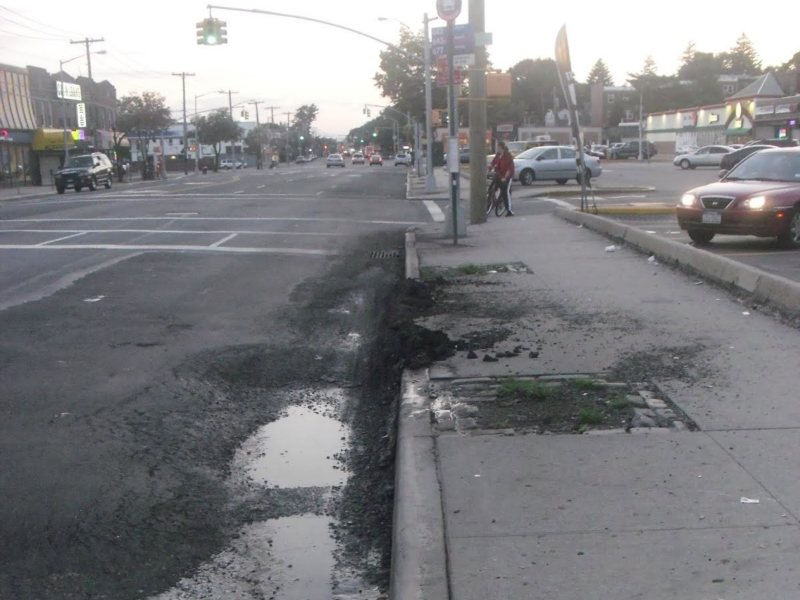 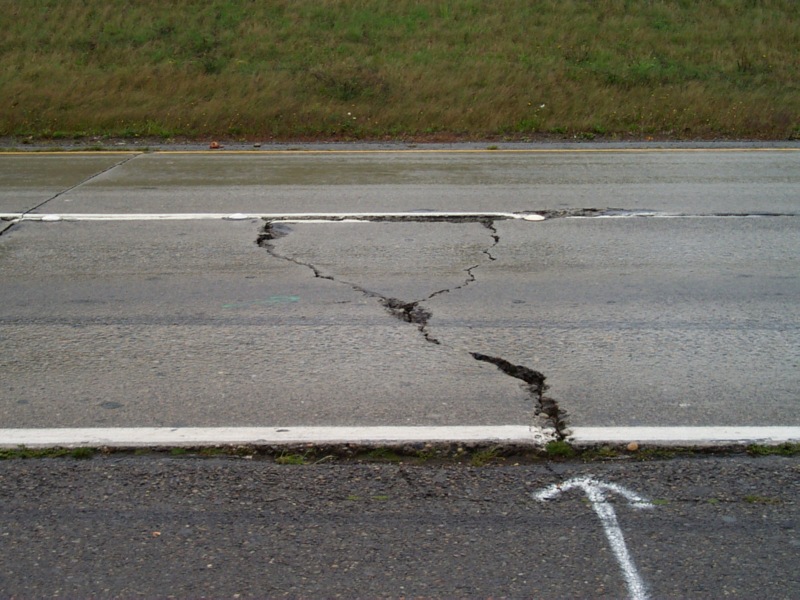 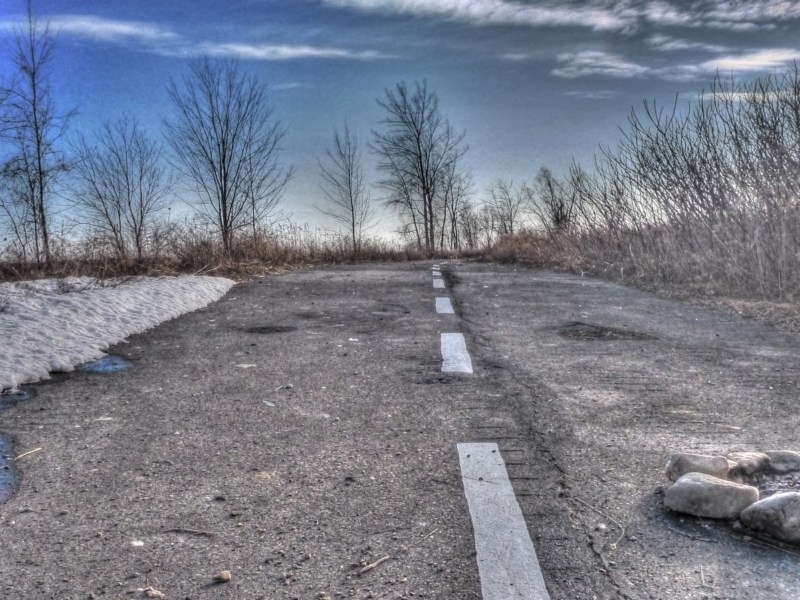 Rains and melting snow can bring a lot of dirt, sand or gravel on the road, and even if the strip is clean in one point, there might be a nasty surprise waiting for you in the next blind turn. Allowing yourself more time and space to react by riding a tad slower and being more aware can get you through without damage. Even more, the earth is still cold, and the three sunny days that convinced you to get out on your first ride were not enough to warm it. This means that your tires will build up heat slower and their grip will be reduced. And usually stopping for refueling, a cup of coffee or getting some cigarettes gives your tires just enough time to cool way more than they do during the summer.

Having spent say 7 to 10 minutes for a smoke or refilling the tanks will reduce traction due to ties cooling down faster, and throttling hard once back on the bike may give you a hard time. And if you’ve installed new tires, it’s also wiser to be extra careful until trey scrape off the release agent and can provide the spec grip. Read more about motorcycle tires in this 3-part autoevolution guide(Part 1, 2 and 3).