2 1963 Chevrolet Corvair Greenbrier Is No Hippie Ride, But a Flashy Custom

4 The Patriarch of All Corvairs Is Selling 28 of Them, Will Keep 40 for Himself

5 Chevrolet Corvair: the Pioneering Compact Car With a Bad Reputation
Car video reviews:
Up Next

For many people, a car has a soul, and this is especially true for those that spent many years with their families. This 60-year-old Chevy Corvair Greenbrier is one good example of how people get attached to their vehicle, even when there are better options on the market.
13 photos

The Corvair Greenbrier, or “95” as it was called because of its wheelbase, was GM’s answer to Volkswagen Type 2 success. The van would use the Corvair powertrain, offering space for up to nine passengers seated on three rows of seats. It couldn’t match Volkswagen’s success, despite adopting similar characteristics, like the air-cooled rear engine. But this doesn’t mean its place in people’s hearts is less prominent.

This 1962 Greenbrier selling on Bring a Trailer has an emotional story on its own. According to its seller, the van was used strictly for pleasure and family rides with children and grandchildren. The owner doesn’t use it quite that much after the kids have grown. Still, having delivered his daughter in one of those vans, he is very much attached to the Corvairs.

Other Corvair owners don’t share the same level of enthusiasm, and many recall the patchy quality and many mechanical problems. The van was known to throw the fan belt off, and the brake performance was quite disappointing. Let’s say it wasn’t the best van around, and this was reflected adequately in the low sales numbers.

This Greenbrier was acquired by the seller in 2016 from a previous long-term owner and was cared for by the book. The van’s roof was refinished in white, and the seats were reupholstered later into the ownership. It didn’t get any fancy rebuild like other classic gems sold on Bring a Trailer. However, it still starts, drives, and stops as it should, which is remarkable considering its age. It also has its fair share of rust under its belly, but we’d be surprised if it didn’t.

Power comes from the standard 2.4-liter flat-six engine, which delivered around 80 horsepower when it was new. A two-speed Powerglide transaxle overhauled some 1,000 miles (1,609 km) ago takes care of the rest. According to the seller, the engine only runs smoothly after reaching its optimal temperature. The Greenbrier is now live on Bring a Trailer with the highest bid of $7,000, five days before the hammer falls. 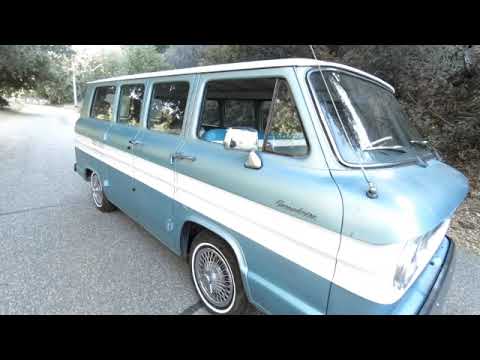