Mihnea Radu
SEAT made a cracking little Leon Cupra that's about to be replaced by something less exciting. The car is still popular but still doesn't get the same attention from the aftermarket industry as its Golf counterparts.
4 photos

There are dozens of Golf body kits out there, but only JE Design makes something for the Cupra. Likewise, the world is filled with super-powerful Golf R drag race machines, but we think this is the only Cupra equivalent.

The hatchback is owned by Colin Casselden and was modified by VRS Performance, a shop in Northampton (UK). The stock engine is a "280" which means a 2-liter turbo EA288 that makes 280 HP and 370 Nm of torque. This has been increased to 552 HP on pump fuel or 589 HP on the high-octane stuff.

This comes partly due to a Turbo Technics V5 Turbo with other associated mods such as new exhaust intake and injection system. Also, to cope with RS6 levels of power, the Cupra has an AWD system, which is probably the same as in the Golf R. The stock DQ250 gearbox has been replaced by the DQ500, a 7-speed DSG used by the RS3 and capable of handling more torque.

The first video below was shot at DAS AUTO Show at Santa Pod Raceway. Its best run of the day was 10.97 seconds at 127 mph. We have seen similar Golfs becoming faster on drag radials, and the VRS-tuned Cupra will be back to the track later in the year, hopefully dipping into the low 10s.

With standard AWD and 300 HP, the Cupra Ateca would be an equally interesting drag racer. Sure, it's a little heavier, but SUVs that go fast are interesting. Also, it looks like the new Cupra Leon will be a hybrid with a 1.5-liter, which doesn't exactly sound like a monster machine. 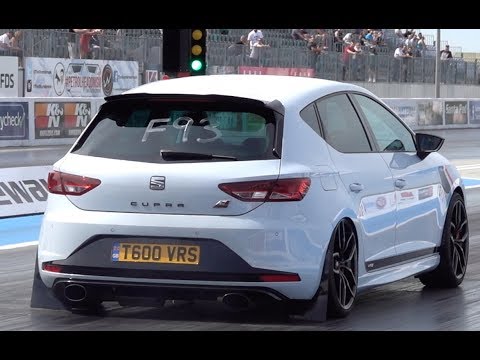 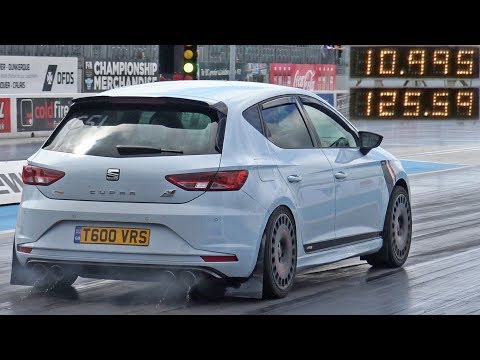