3 Make Your Own Hyundai Genesis “Epic Lap” Video
Up Next 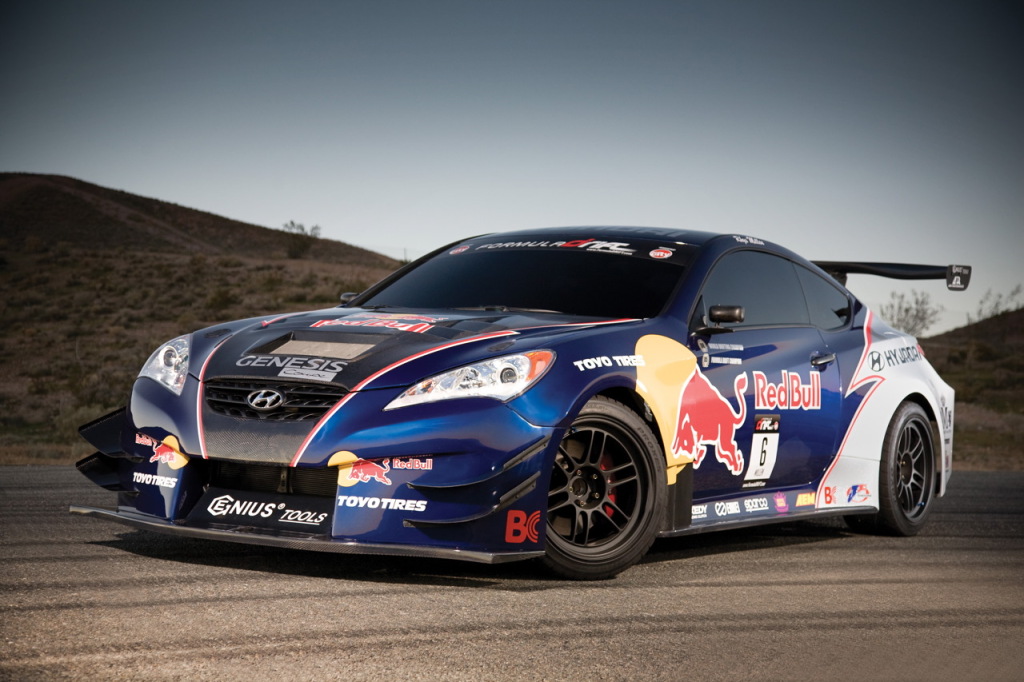 The Hyundai Genesis Coupe is probably the most attention whore vehicle coming out of the Hyundai stable in recent years, if not ever. The car hasn't even been properly launched or even put on sale on the market yet but everybody's talking about it like of a Korean Messiah. Just so it happens that this year's Chicago Auto Show is the home for the unveil of a special Genesis Coupe, a 550 horsepower turbocharged car in drift spec.

The car is actually a common partnership between Hyundai, Red Bull Energy Drink and Rhys Millen Racing. “Today’s announcement puts the Genesis Coupe into three great motorsports series,” said John Krafcik, acting president and CEO, Hyundai Motor America. “We like to refer to the Genesis Coupe as the sinister sibling to the North American Car of the Year, the Genesis sedan and we look forward to Rhys harnessing every ounce of energy in the Coupe as he campaigns it.”

As sinister the regular Genesis Coupe might look for the untrained eye of Mr Krafcik, we find that the RMR Red Bull racing model is actually the evil-looking one. Rhys Millen first started his collaboration with Hyundai after hardcore driving the Genesis Coupe for three days during the filming process for the car's debut advertising campaign.

The drift project car is based on a regular Genesis Coupe, but it has fewer parts in common with it than you might actually think at first look. The chassis was stripped to bare metal and it's been stitch-welded for added structural rigidity. The Rhys Millen Racing engineers then took the molds used to build the “Art of Speed” SEMA car to replicate the Genesis Coupe's entire body out of carbon fiber once again.

To give you an idea of the weight saving, a production Genesis Coupe door weighs 68 but after being modified by Rhys Millen Racing it can weigh just 8.5 pounds. The goal curb weight for the entire car is somewhere around a feathery 2,400 pounds.

Under the hood lies a Lambda V6 engine stroked from 3.8 to 4.1 liters and equipped with a Turbonetics turbocharger that makes it pump out no less than 550 hp. Mated to a HKS sequential transmission, the car is expected to run in three different motorsport series in 2009: The Pikes Peak International Hill Climb, the Formula Drift Professional Drifting Championship and at selected Redline Time Attack events.