5 Ford Mustang Powerslides Straight Into Some Bushes, Driver Acts Like Nothing Happened
Coverstory

What kind of cars did you dream about when you were a kid? Most of us had posters of supercars on our bedroom walls, but we all know how difficult it is to get to that point in life. But there are plenty of other dreams out there that are easier to accomplish. Even if you grew up in a family with limited financial possibilities, you can still turn your life around and buy your favorite sports car by the time you hit 30.

Back in the day, the people at Ford knew that they had to come up with something that would feel exciting for the young generation. The company had already kickstarted a global revolution decades before, and it could surely do it again.

The Ford v Ferrari film of 2019 depicts a dramatized version of the path the Blue Oval decided to follow in the early '60s, and it's quite inspiring to watch. The American giant launched the Ford Mustang in April of 1964, and they had no idea how big of an impact that moment would make on the automotive industry.

Realizing the potential Pony Cars had to attract new customers, other companies in the industry soon followed this trend. But it would take Chevrolet an additional two years since the launch of the Mustang to bring out the Camaro.

And Dodge arrived at the party even later, as the Challenger was introduced in 1969. Even though the first-generation Mustang is seen as an iconic vehicle today, some people saw it as a secretary's car at first. But any artist has to go through multiple drafts before creating a masterpiece.

Between 1964 and 1973, Ford managed to sell almost three million Mustangs, which is quite spectacular if you think about it. It would take Ford another 45 years to sell seven more million units of their iconic vehicle. To this day still, it's the best-selling generation of the Pony car.

The third generation was close to achieving those volumes at 2.6 million units, but it also stretched out for a longer period between 1979 and 1993. Seeing that we're approaching the end of Commercials Month here at autoevolution, we thought we'd have a look at the commercials that backed the sales figures of the first Mustangs to leave the factory floor.

We found a mash-up of 14 Mustang commercials released in 1964 alone. Talk about an aggressive marketing campaign! Interestingly enough, their approach to selling the car was much different than it is today.

Ford suggested that the car was practical enough for a family of five and that it came with many luxury features as standard. But the key selling point was its price: only $2,368 f.o.b. Detroit. That adds up to about $22,672 today, which is about $5,000 cheaper than an entry-level 2022 Mustang.

1965 was deemed to be "the best year yet to go Ford," with over 100,000 Mustangs already sold across America and a total of three models available in dealerships: the hardtop, the convertible, and the fastback.

Several of the commercials introduced that year showed how different people have left their boring lives behind the moment they purchased a Mustang. Men and women alike opted for excitement and adventure, and Ford made it a point that their car would change your life for the better.

As the previous year had generated some impressive sales figures, the Blue Oval wanted to push things even further. And we've come across nine commercials released that year, and some of those capitalized on the fact that over one million people had bought the Mustang already. "You're ahead in a Ford" was constantly used throughout the ads of that year, and the Blue Oval further targeted both sexes in an attempt to sell more cars.

But the car manufacturer was about to kick things into high gear for 1967 with the introduction of the "Take the pledge" campaign. The 1967 model featured an updated design and the possibility of using a new 390 ci (6.4-liter) V8. This time, characters in the Ford commercials weren't just excited about the Mustang, but they felt and heard an inner calling to march on to the nearest dealership to buy one.

In some of the ads, it was pointed out that owning a Mustang could also lead to improvements in your love life. We all know that sex sells, and it seems commercials were starting to take advantage of that power. But the wittiest video released in 1967 has to be one featuring a Dracula-type character. We get to witness his transformation as a Mustang owner, as taking the pledge changes him for the better.

In 1968, the Blue Oval had Carroll Shelby appear in one of its commercials to entice people into dealerships. They also developed a campaign around a new slogan: "Ford...has a better idea," but it all felt slightly less exciting than the previous series of videos. And sales were also starting to go downhill.

Two years later, the company would switch to a more humorous approach. People portrayed in different situations would always answer by saying, "Well, number one... Mustang", even though it wasn't necessarily what you would have expected to hear. But most of all, it was stated that the 1970 Mustang had personality. That might not have been entirely accurate for the Thriftpower models, but the top-level V8s did fit the description.

You may or may not agree with the message delivered by the 1971 commercials, but the fact is that Ford had to try it to increase sales once again. "Mustang '71-America's challenge to the great European road cars" was the idea behind several videos, which felt a bit exaggerated by today's standards. Also, trying to push the concept that a person who has less personality than broccoli would suddenly improve just because of the Mustang might be slightly far-fetched. If you've enjoyed this trip down memory lane, we'll be back with more Mustang commercials soon. 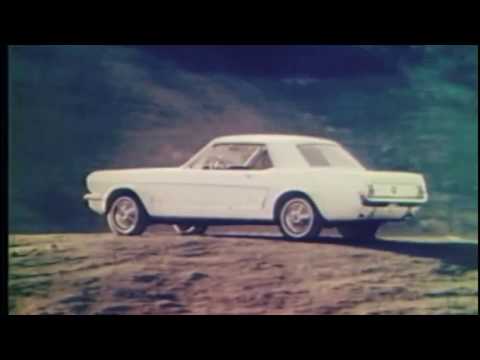 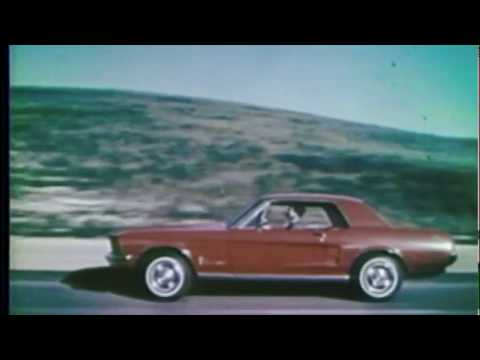 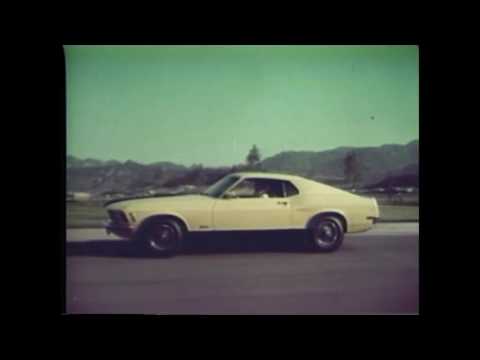 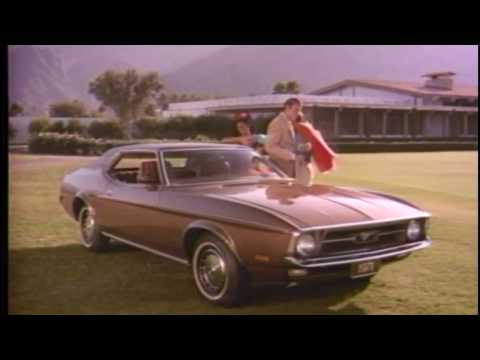