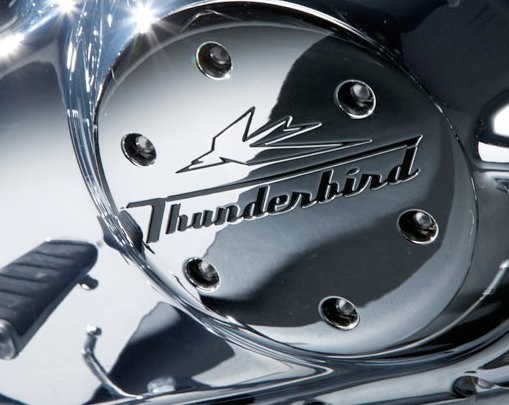 Triumph has extended the reservation program through this weekend, so you still have time to order your Thunderbird. You have only five days left to go to a Triumph dealer and order if you want to have the bike in your garage before the end of the summer.

“Next week is too late! Don't let the opportunity for 'Summer love' pass you by,” says the advert on the Triumph website.

The 2010 Thunderbird was launched last month in Barcelona, Spain, with over 60 journalists attending the event. Some of them were quite impressed by the new cruiser. Kevin Ash wrote for the Daily Telegraph that it was “superior to a Harley in just about every way you can measure.”

Bart Madsen of Motorcycle-USA.com added: “We came away from our ride on the new ’Bird more impressed than we thought we’d be. There are many estimable cruisers already on the market, but the Triumph matches or exceeds them in most dynamic qualities – acceleration, handling, braking.”

The 1600cc twin cylinder cruiser features cast aluminium 19 x 3.5 inch front and 17 x 6 inch rear 5-spokes. The bike is powered by a liquid-cooled, DOHC, parallel-twin engine, that develops up to 85 horsepower. The Thunderbird also includes a six-speed gearbox and belt drive, a first for Triumph.

The Thunderbird can be easily customized to meet each rider’s own styling tastes and riding preferences with a long list of Genuine Triumph Accessories that include a long haul touring seat, windshield, passenger back rest, luggage rack and leather saddle bags.