3D Printing the Moon Base Could Start with ICON Olympus Project

Home > News > Space Junk
Daniel Patrascu
There are about three years left until humans will once again set foot on the Moon. The landing of Artemis III will mark the beginning of a new exploration program that will see a space station being built in orbit around the Moon, a base on the surface, and later on a staging area for future trips to Mars.
25 photos

We pretty much know the details of the mission to get humans to the Moon, and we also know a thing or two about the Gateway space station. What we lacked until last week was info on the Moon base NASA is planning to build up there.

The effort will of course be a titanic one, and there is no date set yet for when it will be operational. But after a Small Business Innovation Research (SBIR) contract was awarded to ICON with the goal of beginning “research and development of a space-based construction system that could support future exploration of the Moon,” we get our first idea.

ICON is in the business of making 3D-printers for homes for a while now. As in not 3d printers to be used at home, but to actually 3D print homes. We’ve last heard of them in August, when they showed how a piece of hardware called Vulcan could print a Lavacrete structure capable of housing a HIMARS multiple launch rocket system.

For the Moon project, ICON will be working with architecture firms BIG-Bjarke Ingels Group and SEArch+ in an attempt to come up with a viable ”full-scale additive construction system that could print infrastructure on the Moon.” The joint project is called Olympus.

We have no details yet on what exactly it entails, but ICON did say it will begin its research by testing lunar soil simulant with various processing and printing technologies, trying to find the best and fastest way to 3D print structures on site.

We also have no timeframe yet on when we are to expect some progress with the research, but seeing how NASA is getting serious about this we expect it won’t be long until we’ll get a closer look at what Olympus really is about. 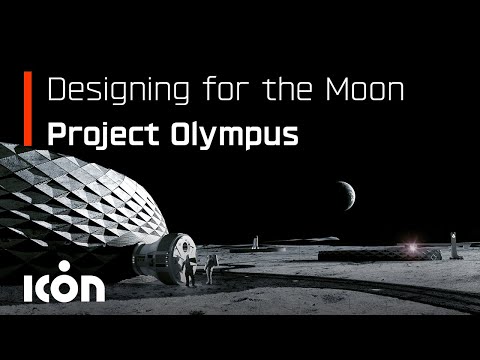