4 Ouch! Watch the U.S. Navy Break a Ship in Half With Torpedoes

3D-Printed Zorg ZF-1 Weapon Will Blow You Away, Has the Little Red Button and Everything

There are movies and there are masterpieces that stick with you for a lifetime. “The Fifth Element” falls into the second category, as there are just so many memorable scenes and characters to love about it. Take Zorg for instance, and his crazy weapons, like the mighty ZF-1. This guy is a die-hard fan of the movie and he used his 3D printer to make himself a replica of the multifunctional gun.
6 photos

If you’ve seen the movie (as you should have by now!), you know that Zorg was a servant of the Great Evil and the owner of Zorg Industries, his weapon company with guns and weird devices invented by him. His newest addition was the ZF-1, an ambidextrous, multifunctional weapon with a dirty, little, red secret.

The ZF-1 was impossible to detect by X-Rays, and, as described by its inventor, was equipped with a titanium recharger, 3,000 round clip with a burst of 300 rounds, and a variety of other fire modes. It featured a rocket launcher, two arrow launchers with five arrows in each, a net launcher (just in case you want to safely capture your target instead of blasting it), an ice cube system that could freeze the enemy, and a short-ranged flamethrower, which seemed to be Zorg’s favorite.

Our personal favorites on the other hand are the replay button on the weapon and the “little red button”. The former allows you to set a specific point where you want the bullets to go, and then it guides all the subsequent shots to that same place. The latter, located on the bottom of the gun, activates the self-destructive mode of the weapon so that when pressed, it detonates a large explosive.

There’s an entire scene dedicated to the little, red button, in which Zorg leaves the weapon with a Mangalore who doesn’t ask what the button does and discovers it only after Zorg leaves the building. Curious by nature, the Mangalore presses it, and you probably guessed what happened next…

Youtuber JakeCanMake used his 3D printer to build a spot-on replica of the ZF-1. His weapon comes with motors, electronic PCBs, lights, and of course, the little red button. He admitted on social media that he made around 10 versions of the gun before he settled for this final design. The good news is that no soldering or complicated tools are necessary to build his ZF-1, and he promised that kits would soon be released. 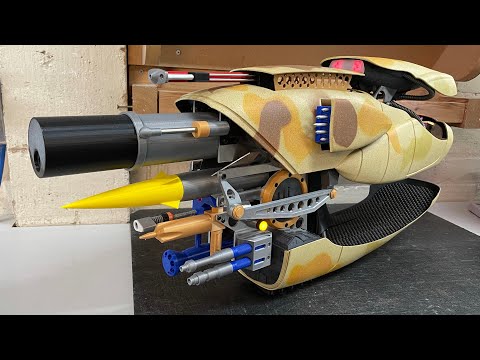 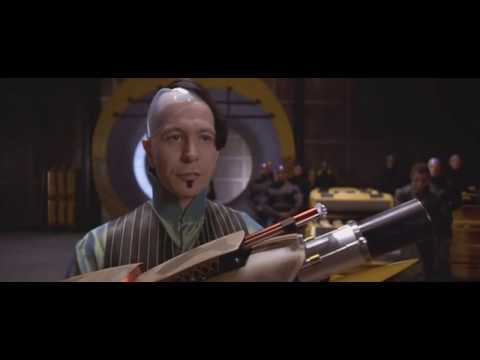