£250 Workplace Parking Tax in the UK 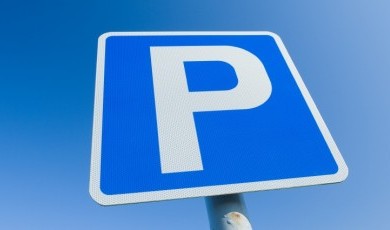 A Government scheme that will be first introduced in Nottingham in 2012 states that firms employing 11 or more staff who park their cars in company bays will be charged for each space.

According to this scheme, any firm with 11 or more staff parking spaces will be charged £250 a year for each, but the cost could rise to £350 within two years.

Other councils have also expressed their interest for the scheme, including those in Milton Keynes, Exeter, Cambridge and Oxford, as well as the Core Cities Group, which represents Birmingham, Manchester, Bristol, Leeds, Liverpool, Newcastle and Sheffield.

However, according to the Daily Mail, some consider the scheme as unfair towards shift workers who rely on cars when public transport is unavailable at night.

“It is discriminating against those employers who have parking spaces, which gets vehicles off the street. This is more about generating a revenue stream than reducing congestion and will require snooping to enforce it properly,” said a spokesman for the AA.

Theresa Villiers, the Tory transport spokesman, accuses the Government’s scheme as being a wrong approach now when “jobs are under threat and businesses are under huge pressure.”

Strangely, environmental groups have welcomed the move."It has the added benefit of tackling unnecessary commuter journeys, one of the main causes of congestion,” said Richard Hebditch, of the Campaign for Better Transport.

'We put forward the idea of workplace parking levies as a fairer way to raise money to invest in the future of local transport services. We are pleased that the people of Nottingham will be the first to benefit,” added Hebditch.