2 Bash, the Luxury Yacht on Which Princess Diana Spent Her Final Summer, Is for Sale

3 Ride Like a Royal in a Rare Model: You Can Now Buy Princess Diana's Ford Escort RS Turbo

5 Princess Diana’s Childhood Tracker Bike Is About to Cross the Auction Block
Car video reviews:
Up Next

It’s been 25 years since the world lost Princess Diana of Wales, the people’s princess, and one of the most iconic and disruptive figures in the British Royal Family. It’s also been 25 years since French and British investigators have tried and repeatedly failed to track down the other vehicle involved in the accident that ended her life at 36.

Princess Diana died on August 31, 1997, after a crash in the tunnel going under Place de l’Alma in Paris, France, involving a rented, black Mercedes-Benz S-Class. She and boyfriend Dodi Fayed had arrived in the capital that same day, and had had a late dinner at the Ritz, which Fayed’s father owned.

Princess Diana had divorced Prince Charles, the future King of England, just one year prior and, in the months in between, had often expressed a fear that the Royal Family would ambush and kill her. With increased media attention since the separation, Princess Diana’s fears of being assassinated had also grown, and she'd become convinced it would happen in a car crash.

That fear and the way in which she chose to acknowledge it in interviews are often the fuel for a variety of conspiracy theories. After all, no sane person would live in fear for their life if they didn’t have a reason to. If they hadn’t been offered glimpses into a possible, dreadful future. If they didn’t believe it.

That August night, on what should have been a short drive to the hotel through the beautiful, quiet streets of Paris, Diana’s worst fears came true. But it wasn’t because the Firm, as the Royal Family is often called, had decided she must be erased from the picture. At least, that’s what a new Channel 4 documentary, Investigating Diana: Death In Paris, is trying to prove, according to SkyNews.

The documentary, like many other pieces of film released in the past couple of years, aims to put together evidence from the extended French investigation, the British follow-up inquiry, and hundreds of documents based on witness accounts. The one thing it can’t account for, and which remains the number one unsolved mystery in the case, is the white Fiat Uno that was involved in the fatal crash – and which has never been seen again since.

The official account is that the S-Class driven by professional driver Henry Paul went inside the tunnel at a speed as high as 120 mph / 193 kph (in an area where the limit is 30 mph / 48.2 kph) and that he lost control. His blood alcohol showed he was legally drunk, and he’d been driving erratically since departure from the restaurant, in a desperate bid to shake a tail of paparazzi cars and motorcycles. Paul and Fayed died on the spot; Princess Diana survived the crash but died on the way to the hospital, and bodyguard Trevor Rees-Jones survived. He was the only one wearing a seatbelt.

Eyewitnesses have told police that, right after the sound of the crash, which they likened to an explosion, they saw a white car exiting the tunnel. The driver was riding with a dog in the passenger seat, and kept his eyes focused on his rearview mirror. To this day, he is the only one who can provide a more accurate picture of what happened inside the surveillance-camera-lacking tunnel, with the speeding Mercedes that crashed into the wall, rolled over and came to land facing backwards.

Martine Monteil, head of the 1997 French Brigade Criminelle, says in the doc that the car was a Fiat Uno that, despite their best and repeated efforts, they could never track it down. That said, that driver was not responsible: it’s likely the Mercedes smashed into it as Paul sped into the tunnel and had already started to lose control of the vehicle. As for why the Fiat driver didn’t stop to check on the people inside the car he must’ve seen crash, that’s anyone’s guess.

“The driver of the Fiat Uno, he’s not the real culprit,” Monteil explains. “He’s driving along quietly and then a Mercedes arrives at high speed and bumps into him. The responsibility remains with the Mercedes.”

Fabrice Cuvillier, of the same Brigade Criminelle, insists that the Fiat Uno is “not a hallucination. It’s not something we threw out to create a diversion. It exists.” They just didn’t find it, for which reason, Cuvillier can say that they let it slip through, though not intentionally.

The idea of the doc is to extinguish some of the conspiracy theories that have reemerged as the 25th death anniversary loomed. In reality, investigators’ admission that they were not able to track down a car, when they had such detailed descriptions of both the vehicle and its driver, probably does the contrary. 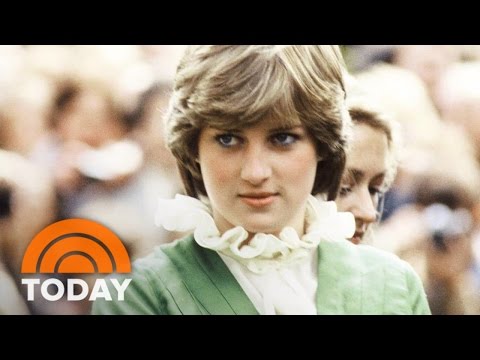