Aurel Niculescu
The premium Swedish automaker, one of the many Geely subsidiaries, has recently announced the impending reveal of the Volvo EX90, the fully electric successor of the XC90 flagship SUV.
24 photos

Almost ready to present itself to the eager audience as the company’s third-generation top mid-size luxury SUV, the Volvo EX90 has changed its name from XC90 to better reflect its new-generation power source. Alas, that does not mean it will neglect any of the traditional attributes.

Volvo is already making a great case of how their upcoming EX90 will be their safest model ever, complete with a standard Driver Understanding System to support the driver with making only the best decisions, or a passenger anti-lock-in safety system. And we are not going to wait for all that long before the grand reveal, which is already scheduled for November 9th.

Until then, some virtual automotive artists have been eager to share their unofficial CGI thoughts on the EX90 matter (formerly rumored to be called Embla), and that dream reel also includes the good folks over at the AutoYa info channel on YouTube. But now they are doubling down on their Scandinavian ideas and want to jump the digital gun for the next-generation S90 premiere, as well.

Naturally, the best and most reliable source of ideas remains the larger EX90 sibling, so no matter how the next iteration sedan will be called (ideas flaunted around the rumor mill include the ES90 or S90 Recharge), we can all bet our lunch money that it will follow closely along the design pattern laid out by the all-new EX90 crossover SUV.

Well, as always, do take all this with a certain amount of salt. But also, do enjoy the encompassing CGI presentation, which comes complete with front and rear POVs, an interior glimpse, as well as a quick comparison reel alongside the ritzy color palette choice. 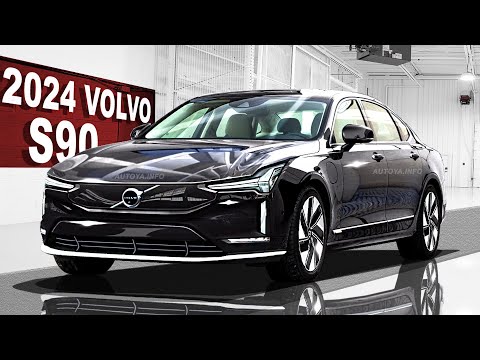