1 Classic Pontiac GTO Gets (Some) Imagined Restomod Goals, Feels Happy to Be Slammed

3 Skoda Kodiaq Tries On a More Futuristic-Looking Attire, yet It's Only for Size

4 2023 Kia Carnival Wants to Be Taken Seriously, Do You Dig the Fresh Look?

Aurel Niculescu
Originally unveiled in 1994 as the harbinger of the modern compact crossover SUV madness, the Toyota RAV4 has remained evergreen and ultra-popular across the span of five generations. Alas, the competition is not sleeping, either.
30 photos

Currently, one could easily say that Toyota’s ICE, hybrid, and PHEV compact crossover SUV has kicked off the fifth-generation proceeds quite a long time ago, back in 2018, at the New York International Auto Show. Naturally, the Japanese automaker knows there’s great adversity in this mega-successful segment, so it kept things up to date along the way – most recently back in late 2021. Alas, some might not consider these changes enough to make sure rivals like the all-new Honda CR-V will not snatch its U.S. sales crown.

Such is the case here with the good folks over at the AutoYa info channel on YouTube, who again have imagined the looks of the unreleased and unannounced, deeper-than-OEM RAV4 facelift. Unofficially previewed for the 2023 or 2024 model year, it would hypothetically include a lot more changes than ever before – perhaps in a bid to keep the advantage against its opponents, including the quirky ones, such as the Hyundai Tucson and Kia Sportage.

After they previously thought such bigger modifications could occur in the past and never came to OEM fruition, the YT host tries to guess if the upcoming model years will finally do the refresh trick, complete with new exterior looks, a raft of interior transformations (new HVAC controls and larger infotainment screen, additional colors, and trim materials), as well as the traditional color palette preview.

Unfortunately, there is no word about any powertrain enhancements – so we can easily assume that all ICE, hybrid, and PHEV things will remain the same. As for the next CGI order of business, we are now eagerly waiting for a second, fresh take on the cool GR RAV4 idea they had a few months ago – that one is also embedded below for our (sometimes guilty) digital viewing pleasure. 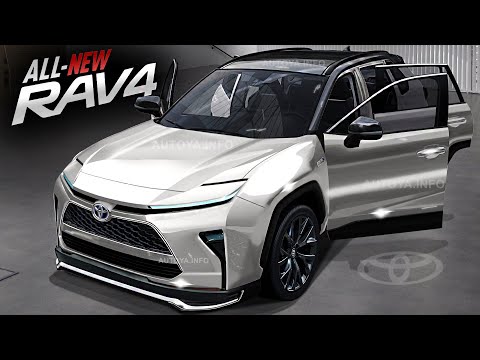 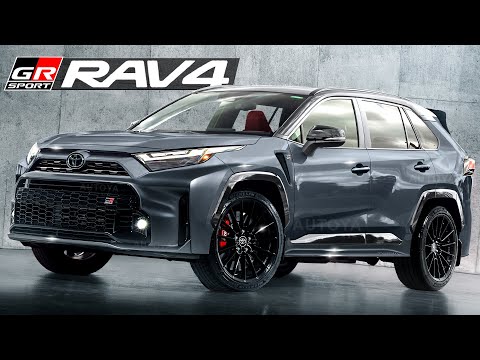