3 New Chevy Nomad Wants to Join the Electric Party, Does It Have Your Approval?

There is lots of good news for BMW’s Sports Activity Vehicle fans, including from unexpected venues – such as the imaginative realm of virtual automotive artists.
12 photos

The X5 mid-size luxury SUV debuted in 1999 as BMW’s first foray into the exclusive-moniker SAV world. Nothing was the same ever since, and the epitome of Bavarian high riders has already reached its fourth iteration. Quite fast, right?

Well, they did skip the third generation LCI (Life Cycle Impulse, or BMW’s way of saying facelift) to bring out the all-new fourth-generation X5 in 2018 and then hurried to display flagship-level high performance with the 2019 arrival of the X5 M and X5 M Competition models. But now, as it turns out, they are taking things a little bit slower. For example, the current generation will be derived – with help from Toyota – into a hydrogen-powered SUV to further stand out in the luxury crowd.

Plus, this time around, we are sure to get a traditional refresh, as the go-faster, apex-eating 2024 BMW X5 M was caught flaunting a light camouflage coating at the Nürburgring Nordschleife trials. Naturally, that attracted a lot of attention, including from virtual automotive artists. And the pixel master better known as SRK Designs on social media has decided to play with the perspective of the recently spied X5 M LCI, slowly peeling off the entire camouflage.

So, in the CGI expert’s latest behind-the-scenes making-of video the current X5 M subtly morphed into the unofficial vision of a serious LCI – one that does not bring all too many changes up on the table, just enough of them to keep the feisty SAV a little fresh for a few years to come. Thus, does it get a digital hall pass, or not? Or would you rather wait for an official word from BMW to draw a styling conclusion? 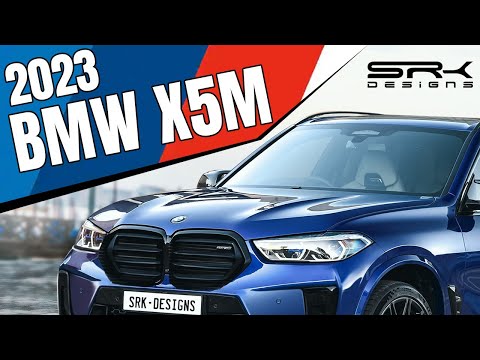