2 Volvo Is Working With Northvolt to Deliver EVs With 1,000 Km of Range

The second-generation XC90 was a huge deal for Volvo when it rolled out in 2014 because of the Scalable Product Architecture that enabled plug-in hybridization. Next year, the SPA II platform will be introduced in the third-generation XC90 with a unique floor configuration for electric applications.
13 photos

Confirmed to feature EV-only powertrains, Volvo has already teased the flagship utility vehicle in the guise of the Concept Recharge. The wagon-esque design isn’t exactly to everyone’s liking, and the same can be said about the small changes brought by pixel artist Theo Throttle in Photoshop.

Be that as it may, the Swedish automaker knows that it has to streamline the body shell as much as possible to maximize driving range. SUVs are inherently large, which is why low drag is a tough challenger with a large frontal area. We also have to remember that Volvo doesn’t have the battery technology and software prowess of Tesla, the EV disruptor that offers a hefty 340 miles (547 kilometers) of driving range for the Model X.

Owned by Chinese automaker Geely since 2010, the peeps at Volvo have big plans for the successor of the XC90. In addition to changing the nomenclature to actual names instead of alphanumeric designations, the mid-size SUV will feature two-way charging, LiDAR sensors for improved safety, Zenseact and Luminar software, and the NVIDIA DRIVE Orin system-on-a-chip platform that promises 254 trillion operations per second.

“Tour de force” would be the best way to describe the yet-to-be-named utility vehicle, which is going to feature second-generation batteries co-developed with Swedish company Northvolt. Third-generation battery cells and technology will premiere sometime after 2025 with an estimated driving range of 1,000 kilometers (621 miles) on the Worldwide Harmonised Light Vehicle Test Procedure (WLTP) 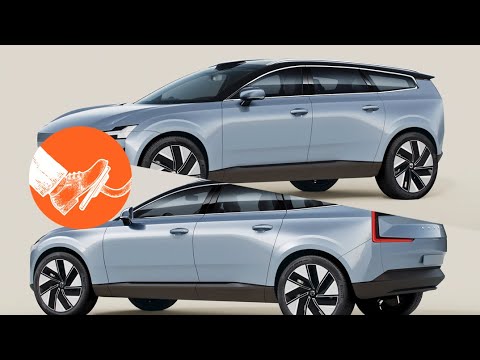