3 Volkswagen Says Apple Is Unlikely to Build an Apple Car

Preceded by a badge-engineered Toyota Hilux by the name of Taro, as well as the Caddy Pickup, the Amarok is Volkswagen’s first proper truck. In production since 2010, it’s also a torquey son of a gun thanks to a 3.0-liter turbocharged V6 developed by Audi for the likes of the A8 sedan.
17 photos

The gray-haired truck is due to pass the torch on July 7th to a surprisingly American successor. The second generation is American if you peel away the bodyshell. Under the skin, you’ll find the ladder frame of the Ford Ranger, together with a choice of Blue Oval-designed plants and trannies.

Depending on the powerplant and region, customers will get six- and ten-speed automatic transmission as well as four- and six-cylinder turbocharged lumps. A gasoline mill, most likely the 2.3-liter EcoBoost found in the North American Ranger, has also been confirmed. When it comes to diesel options, the list kicks off with the single- and twin-turbocharged EcoBlue.

The 3.0-liter EcoBoost twin-turbo V6 of the Ranger Raptor isn’t likely to happen, and it’s pretty understandable given the money invested by the Ford Motor Company in their growing Raptor lineup that includes the Bronco.

Already teased with a portrait infotainment system, just like its American cousin, the Amarok was apparently designed under the guiding principle of “no matter what.” The marketing nonsense doesn’t end here, though.

“A rebel, a fighter, and at the same time a linchpin of the family and of every venture, but always with a clear aim: to bear responsibility.” Pretty weak compared to “Built Ford Tough” and “Built for the Wild,” huh? 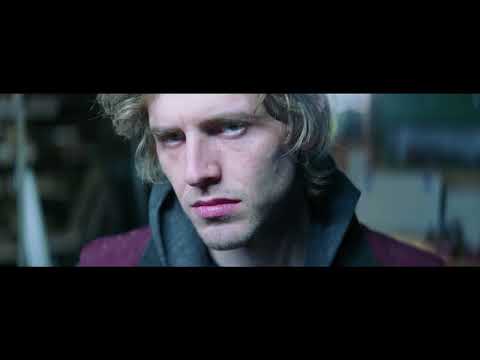