5 2019 Subaru Ascent Starts Production in Indiana, Arriving at Dealers in June
Car video reviews:
Up Next

2023 Subaru Ascent Gets Turned Into a Pickup, Do You Like It Better Now?

You didn’t actually think the 2023 Subaru Ascent was going to escape the rendering frenzy now, did you? Why, of course you didn’t, after all, we are talking about a model that has just been facelifted, and will arrive at dealers nationwide this fall.
6 photos

Using countless mouse clicks, Theottle rearranged the pixels of two official pictures of the 2023 Ascent, giving it an open bed behind the cockpit. The result is not bad at all, for anyone who is into such models, and it sports longer rear fenders, shorter roof, smaller taillights, and enhanced hauling ability.

In case you missed what is new on the real Ascent for the 2023 model year, that would be the bolder design. It includes a bigger grille with LED headlights on each side, new bumper, taillights, and wheels. Moving over to the cockpit, it has a standard 11.6-inch portrait-oriented display, with wireless Apple CarPlay and Android Auto and dedicated controls for the multimedia, and HVAC system.

Improving the in-cabin communication between the first and third rows is a new system that features a microphone, and speakers. Safety-wise, look for the latest version of the EyeSight bundle, with its new wide-angle mono camera that has an expanded field of view and can thus recognize pedestrians and bicycles sooner than before. Working in concert with the Pre-Collision Braking System, the new Automatic Emergency Steering function is limited to cars fitted with Blind-Spot Detection with Lane Change Assist.

Five trim levels will be available, and no matter which one you go for, they all sport the same turbocharged 2.4-liter four-cylinder engine under the hood. It is hooked up to a CVT (continuously variable transmission), and standard all-wheel drive, and pushes out 260 hp and 277 lb-ft (375 Nm) of torque. Pricing will be announced in due course, and it should bit a bit more expensive than the outgoing one, which carries an MSRP of $32,795. 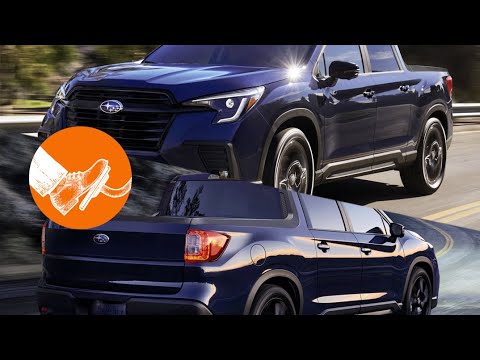